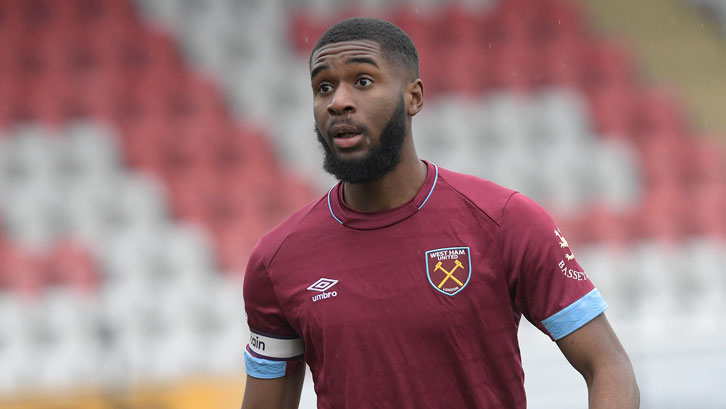 Moses Makasi has joined EFL League Two club Stevenage on loan until the end of the season.

The 23-year-old midfielder links up with Dino Maamria's squad and could make his debut for the Hertfordshire club in Saturday's fixture with Crawley Town at Broadhall Way on Saturday.

Makasi, who captains West Ham United's U23s, will hope to inspire Stevenage to rise from their current position of eleventh into the Play-Off places.

The Academy of Football graduate enjoyed a loan spell with League One club Plymouth Argyle last season, scoring once in seven appearances to help the Pilgrims to a seventh-place finish.

West Ham United would like to wish Moses all the best for his loan spell.