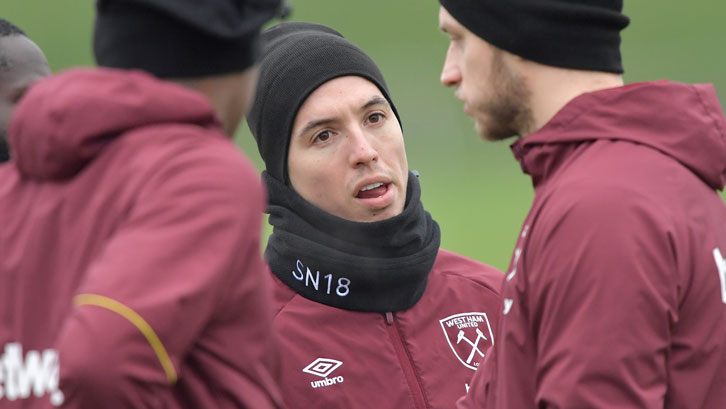 The Hammers welcome Arsenal to London Stadium and the former France midfielder is set to be named in the matchday squad to face the club who initially brought him to England a decade ago.

Should Nasri feature after his impressive Emirates FA Cup performance against Birmingham City last weekend, he would be appearing in the Premier League for the first time since playing for Manchester City against West Ham in August 2016.

"I think it was very useful for Samir to play 60 minutes against Birmingham in the FA Cup,” Pellegrini explained. “He has been working hard for around 40 days and he has demonstrated he is able to play and he will be involved in the game against Arsenal, at least on the squad list.

“After that, we will see if he plays from the start.”

Samir has demonstrated he is able to play and he will be involved in the game against Arsenal, at least on the squad list

Another player who will be available to face the Gunners is Marko Arnautovic, who has recovered from the minor back problem which saw him replaced midway through the first half against Birmingham.

The manager insisted the Austrian is totally focused on West Ham in the light of speculation linking him with a move away from east London.

“I think Marko and all the other players involved in rumours have their heads here and want to continue playing the way they have been doing so far, so I am sure that’s not going to affect his performance and his head will be in the game against Arsenal,” Pellegrini said.

While Nasri and Arnautovic are both set to be involved against Arsenal, one player who will be unavailable is Fabian Balbuena, who will be out for the next six to eight weeks after undergoing surgery on the meniscus in his left knee.