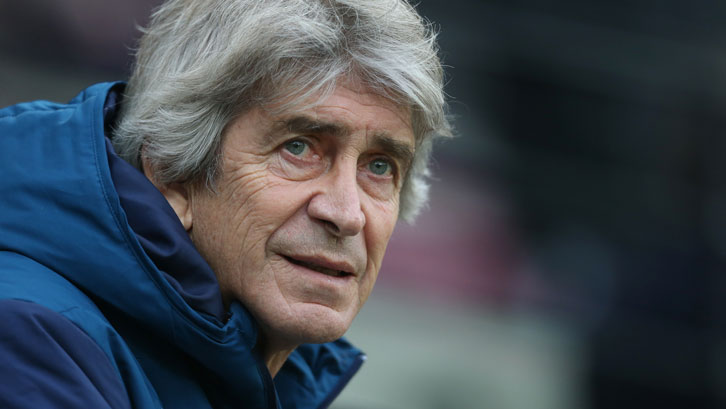 Manuel Pellegrini hailed a job well done after West Ham United safely negotiated their way through to the Emirates FA Cup fourth round.

Goals at either end of Saturday’s third-round tie at London Stadium saw the Hammers see of the determined challenge of EFL Championship promotion-chasers Birmingham City.

Marko Arnautovic nodded in his third goal in four days to open the scoring within two minutes before he was replaced midway through the first half after reporting a back injury.

And the Austrian’s replacement Andy Carroll settled matters with his first goal in a year, powering Michail Antonio’s cross into the bottom corner in the first minute of added time.

With Arnautovic’s injury nothing to worry about, Samir Nasri impressing during an hour-long debut and young players impressing, manager Pellegrini could allow himself a smile during his post-match interview.

“I’m happy because we won the game and secondly because we won through to the fourth round of the FA Cup, we scored two goals, we kept a clean sheet, we gave minutes to Samir Nasri after so long, we played with two young players in Grady Diangana and Xande Silva and Andy Carroll scored, so it was all good news,” he confirmed.

“Nasri was another positive thing. He is a player whose performances will improve with every minute he plays because he is a top player.”

The Chilean had a discussion on the touchline with Arnautovic after the striker’s 20th-minute withdrawal, but the manager downplayed any issue.

“Marko felt a pain in his back and at the beginning he wanted to recover, but he could not continue. It was not good to take a risk as he has just returned after an injury and he played 90 minutes less than 72 hours ago and 65 minutes in the other game, so it was good for him not to continue. There is no problem and he scored a goal!”

Pellegrini was also pleased for Carroll, who ended a 368-day drought with a trademark header, having earlier missed one gilt-edged chance and seen another shot clip the woodwork.

“Andy has a career behind him and he is a player who, when he is playing, something is always happening around him,” he observed. “He is coming back after a long injury and I hope he will contribute a lot to our team in the second half of the season.

“Andy has been working with the squad without any problems for three weeks so that’s why we are increasing his minutes. Now he played around 70, so we allow him to recover his normal performance after his injury.”

Finally, Pellegrini hailed the support of the Claret and Blue Army after nearly 55,000 fans turned out to watch Saturday's tie on a cold afternoon so soon after Christmas.

"I am happy because I have said before that it is unbelievable how many fans this club has behind it whether it be in the Premier League or in the Cup, the stadium is always full," he said. "This is what makes the difference in football in England - it doesn't matter which competition your team is playing in, the fans are always behind them."