The former France midfielder was an unused substitute during the Premier League draw with Brighton & Hove Albion on Wednesday evening and is fit and ready to make his Claret and Blue bow.

And with Pellegrini confirming he will rest some of the players who featured regularly during the busy festive period, the new No18 is set to step out for the first time to face the Blues.

“Samir Nasri will be on the squad list tomorrow,” the manager confirmed. “We will see if he will start playing or if he will play some minutes but probably he will be involved in this game.

“He is looking very well because he has been working with us for around more than one month. He lost some kilos in his weight.

“I think football is like riding a bicycle. When you learn to ride a bicycle when you are a small boy, you never forget. I think Samir is a very technical player and he will play football in the same way that he played in the last game he was able to do it, so I trust a lot in what he will give to our team.

“I suppose he will be same player he was in his prime because he is motivated, he is working hard and he has a lot of quality, so I am absolutely sure he will be the player who make a difference.” 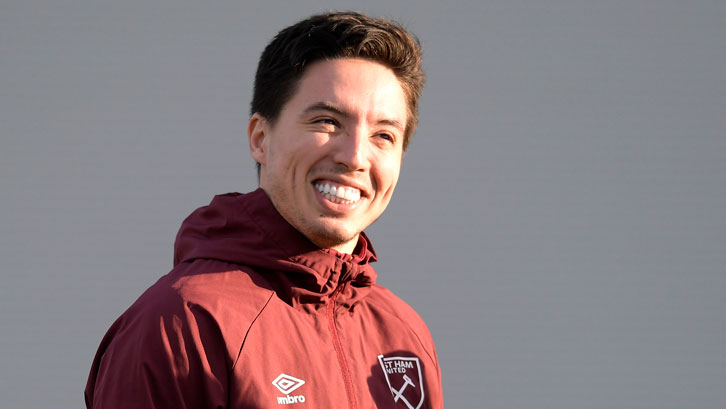 Speaking in his pre-match press conference, Pellegrini told the media he will rotate his squad, with some of those who started regularly in December set to be given well-earned breaks from competitive action.

That said, the Chilean is determined to progress to the fourth round and has vowed to name a strong starting XI to face Garry Monk’s Championship promotion-chasers.

“Both things are important, to rest players who have played so many games in December but also it is important to continue in the FA Cup,” he said. “It is a way to get a spot in Europe, to win a championship so we are going to play this game as seriously as we can.

“But, of course there are some players who have played too many games so we will see which ones will be able to continue playing.

“We will see [who we will select]. We are just waiting for the others to recover, we have had less than 72 hours to do that from the last game so on Friday night when we have our meeting, we will see which other players are able to play.”

Alongside Nasri, another who can expect to be involved on Saturday is Andy Carroll, who has recovered from the cut he received to his eye against Brighton.

“Andy is OK, it was not an important injury,” Pellegrini confirmed. “He played 45 minutes against Brighton, 35 against Burnley and is getting more minutes so he will be very useful for us on Saturday.”

The teams for Saturday’s 12.30pm kick-off will be confirmed on whufc.com and on our official twitter account @westhamutd an hour before the game.