Michail Antonio was pleased to make an impact off the substitutes’ bench in Wednesday’s 2-2 Premier League draw with Brighton & Hove Albion.

The No30 was sent on alongside Mark Noble after the Hammers had conceded twice in a little over two minutes to set piece goals from Dale Stephens and Shane Duffy.

And the changes paid off as first Noble set up Marko Antonio to pull one back, before Antonio himself dribbled into the penalty area before finding the Austrian, who lifted home a dramatic equaliser.

“Mark and I came on at the same time and he’s put a great ball in for Marko and Marko has managed to finish it off, then I’ve done a nice little run and set it to Marko again,” Antonio told whufc.com.

“We’ve managed to get the point. We’re a bit gutted as we said before the game that we wanted three, but we will take one from being two-nil down and we managed to get it back to two-two.

“It’s all positive, being able to dig ourselves out of trouble and now we move onto Birmingham and Arsenal next week.” 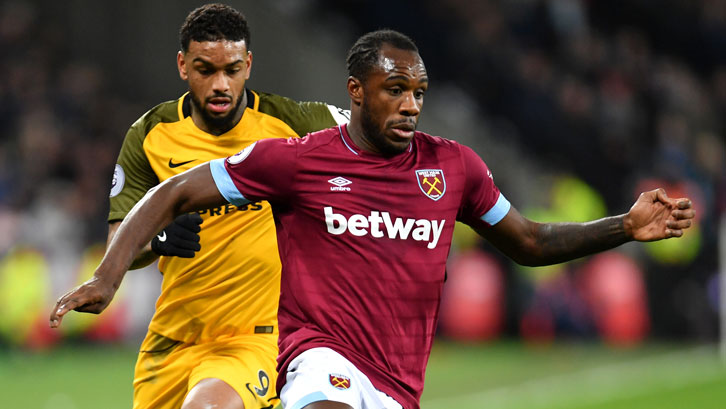 Brighton frustrated West Ham for long periods, especially during the first half, with their intelligent tactical play, before forging a two-goal advantage from Christian Gross’s superb in-swinging corners.

To the Irons’ credit, though, they fought back and were level within ten minutes courtesy of reigning Hammer of the Year Arnautovic.

“It’s very hard to break them down and they’re a team that is very dangerous at set plays,” observed Antonio, who was happy to be fielded in his preferred position wide on the right wing. “That’s one thing then gaffer said to us before the game, the whole time he said ‘They might not create much but they will be dangerous from set plays’ and they got two goals from corners.

“We didn’t sit on our heels, though. We just kind of dug in and managed to get a point in the end.

“I was definitely looking forward to getting back in an attacking role. I love attacking and want to be able to get the opportunity to create goals and score goals and I managed to get an assist.

“I think I should have taken my opportunity with left foot a bit better than I did, but as time goes on, if I keep getting in the right positions, hopefully it will fall right for me.

“If you do what you can when you get your opportunities and play well when you get on, you’ll keep knocking on the door and it’s just a matter of time before the gaffer gives you your chance.” 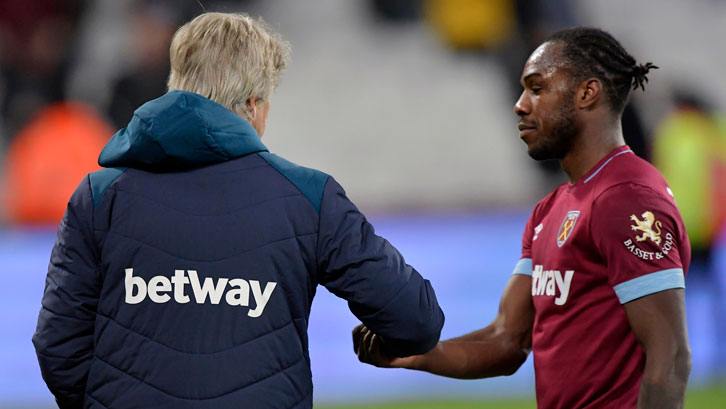 Next up for Antonio and West Ham is an Emirates FA Cup third-round tie with Birmingham City at London Stadium on Saturday – the Hammers’ fifth game in 14 days.

The 28-year-old is eager to be involved as Manuel Pellegrini’s men start down the road to Wembley.

“I’m used to playing this amount of games as I grew up in the Championship where you play 46 league games a season, so this is no different for me,” he smiled.

“Whatever the gaffer decides, he decides. We will see if and where I play on Saturday and hopefully we can get the win and get our FA Cup run going.”