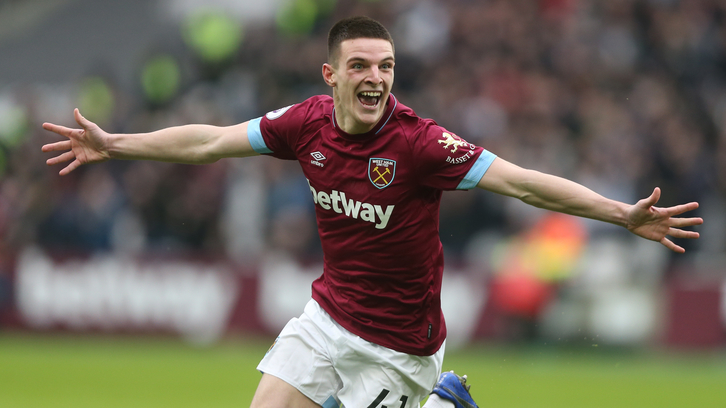 Declan Rice has scooped the Young Player of the Year Award at the London Football Awards 2019.

"It's a huge honour to be here tonight and it's very special for me to have this award in my hands," Rice said upon receiving the honour.

"I want to say thank you to my manager, Manuel Pellegrini, for believing in me and trusting me this season, and giving me the opportunity.

"I also want to thank my teammates and my family; my mum, dad, brothers, and girlfriend, because without them I wouldn't be here today."

It's a huge honour to be here tonight and it's very special for me to have this award in my hands.

Rice's recognition as the best player under 21-years-old in London continues a fantastic run for the Hammer, who has made 29 appearances for West Ham in all competitions this campaign.

Rice's incredible form saw him rewarded with a new contract, until 2024, at the end of 2018, while the in-form talent marked his 20th birthday with a first goal in Claret and Blue, netting a brilliant strike in the 1-0 victory over Arsenal.

In receiving the honour, Rice is the first West Ham player to win at the London Football Awards since Dimitri Payet was named the Premier League Player of the Year in 2016.

That same season, the Moore Family Foundation was honoured as the Community Project of the Year.