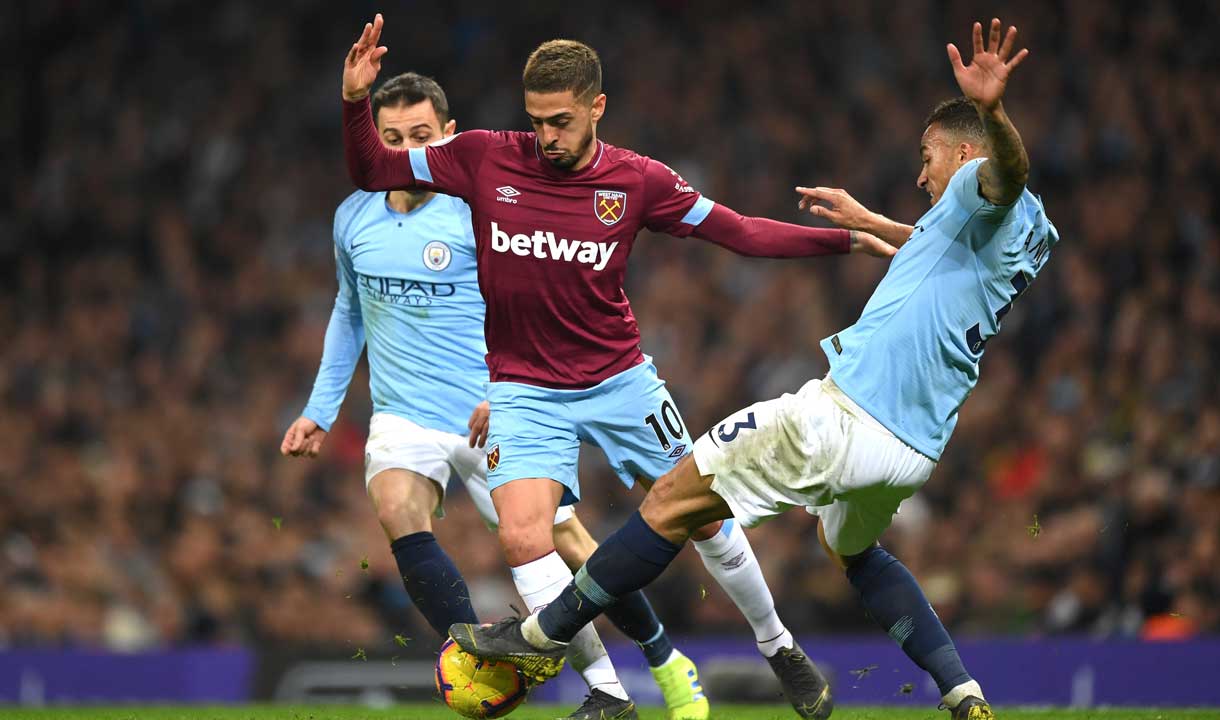 City bossed possession and had plenty of shots on the Hammers goal, but a valiant defensive effort threatened to frustrate the hosts until they made their breakthrough on the hour.

Before that, Andy Carroll went close with an effort on the stretch not long into the second period, but after registering a shot count of 20 to two, the home side would have counted themselves unfortunate had they not come away with all three points.

A mixture of injury, illness and squad rotation saw Manuel Pellegrini make five changes to the side which defeated Fulham last time out, so perhaps it was to be expected that City started with greater fluency.

Still, four shots inside the opening five minutes were probably more than the Hammers would like to have allowed.

The most dangerous was the last of those, which saw David Silva’s flick strike the far post after Kevin de Bruyne got in down the right and crossed low.

Manchester City’s hold on possession was near total in the opening stages, although they were unable to test Lukasz Fabianski. When they did create a chance in a central position midway through the half, Angelo Ogbonna was on hand to block from Aguero before the ball could reach his goalkeeper.

By the time half-time arrived, City had enjoyed 78% of the ball, made 401 passes and fired off eleven shots, but only one of them required a save – Riyad Mahrez’s curler at Fabianski on the half hour.

Five minutes after the restart, West Ham went so close to taking the lead when Manuel Lanzini, on as an interval sub, burst into the box and fired a low ball into the box, which Andy Carroll met with a solid connection only for Ederson to save.

Pep Guardiola reacted by bringing on Raheem Sterling and Bernardo Silva from the bench and the latter had an instant impact, heading into the box and drawing contact from Felipe Anderson to win a penalty.

Aguero stepped up and sent Fabianski the wrong way from the spot to give his side a 59th minute lead.

With the goal under their belts, City’s pressure was released and they began to create a better quality of chance.

With 64 minutes on the clock, Fabianski made a wonderful save, plunging low to his left to save from Sterling, before Silva followed up and Ryan Fredericks blocked on the line.

Fabianski showed good hands shortly afterwards, fielding a fizzing drive from Danilo, and while the Hammers held City at one, they were unable to make the inroads at the other end to threaten an equaliser.