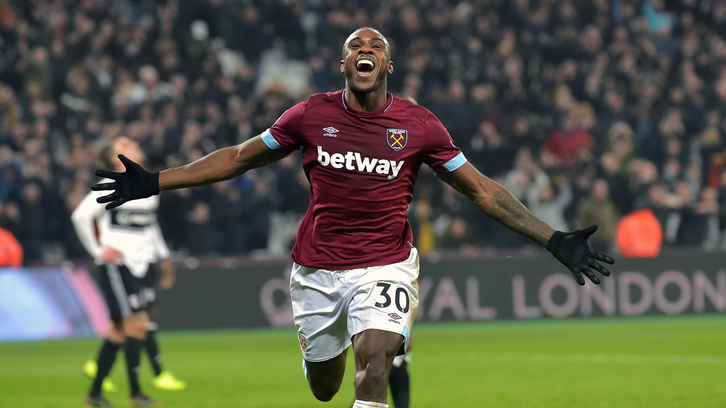 Michail Antonio has become the latest West Ham United star to earn a spot in the FIFA 19 Team of the Week after his goalscoring display against Fulham.

The 28-year-old helped the Irons to a 3-1 victory over the Cottagers on Friday scoring West Ham's final goal - and his fourth of thre season - in the win at London Stadium.

It was arguably Antonio's most impressive performance of the season so far and the winger's efforts have been rewarded with an inclusion in FIFA 19's most recent Team of the Week.

Antonio's newest card sees the No30's base rating of 78 increased to an impressive 82, with the wide-man enjoying a boost in pace and shooting in his statistics.

Antonio becomes the fifth different Hammer to earn a Team of the Week card in FIFA 19 with Andriy Yarmolenko, Marko Arnautovic, Felipe Anderson and Declan Rice also honoured for stand-out showings this season. 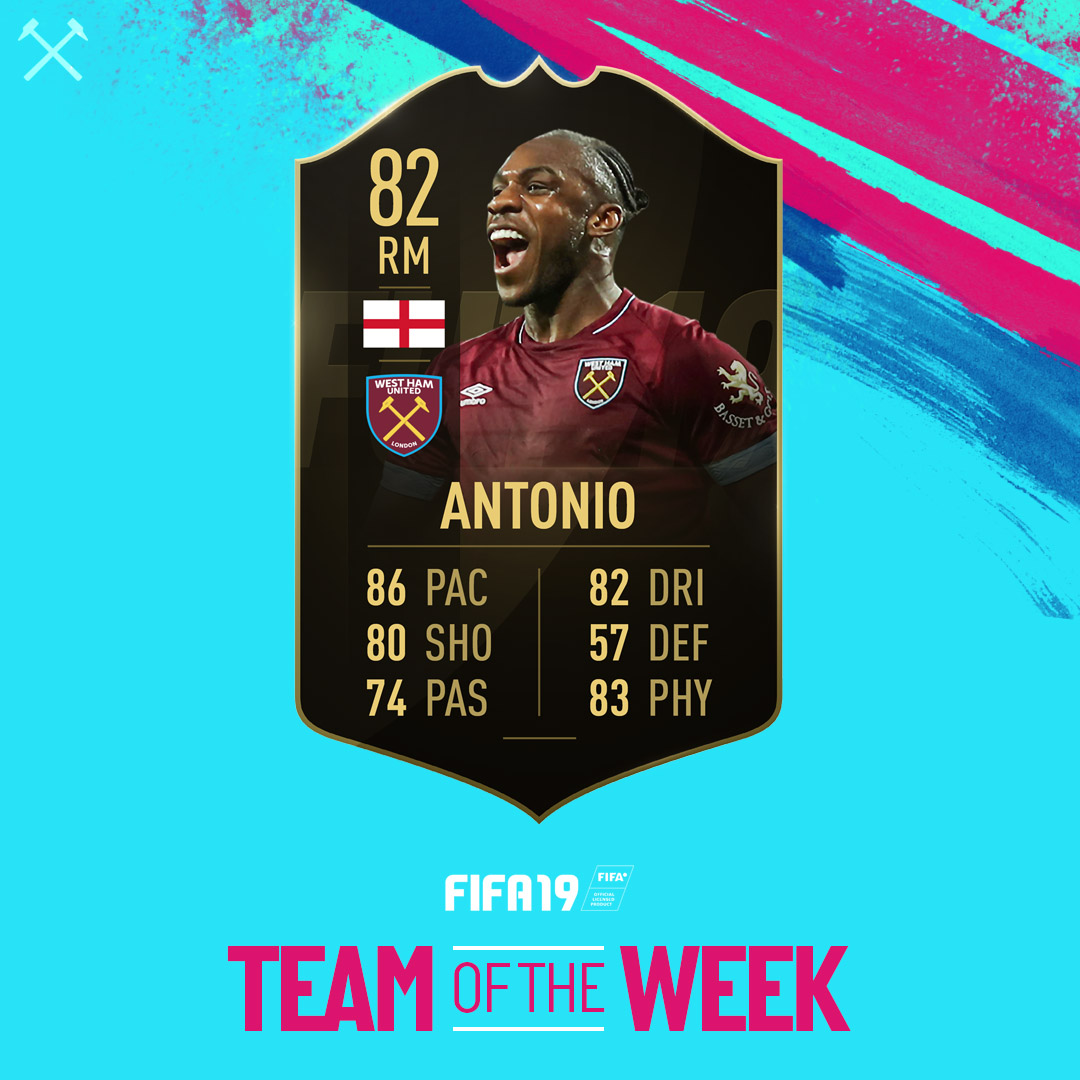