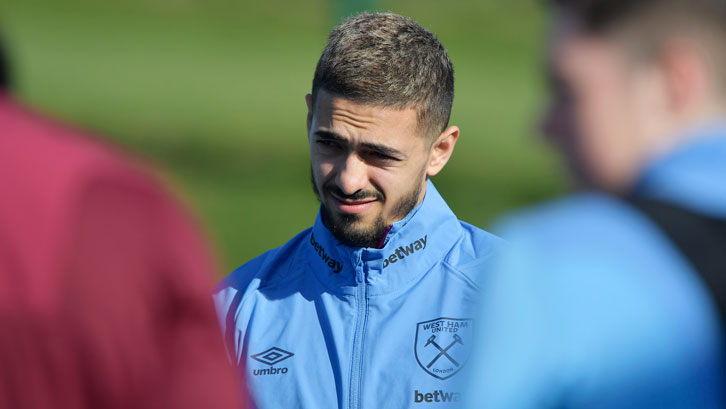 Manuel Pellegrini revealed that Manuel Lanzini and Samir Nasri may both be involved in Friday’s Premier League fixture with Fulham.

Speaking to the media in his pre-match press conference, the West Ham United manager said the two creative midfielders had returned to training following their respective knee and calf injuries and could be in his matchday squad when he names it on Thursday.

“For this game, we have the squad which was playing most of the games and for this week I think we will have the squad list [on Thursday] and maybe Lanzini and Nasri can be included on the squad list,” said the manager. “[They did] not only [work] today, they worked the complete week.

“We will talk [Thursday] with the medical staff and then we will decide.”

Having been without Lanzini, Nasri, Andriy Yarmolenko and Jack Wilshere for the majority of the season, Pellegrini welcomed the imminent ‘injection’ of creativity into his matchday squad.

“Yes, of course [it is good news], because in that position, all four playmakers who we have in our squad were injured – Wilshere, Nasri, Yarmolenko and Lanzini – so it’s difficult for a team when you have so many players in the same position. So, the return of both of them will be a good injection for the squad.

"Manu is coming back from a long injury so we are going to decide the best way for him to return to the team, starting from the beginning or coming on after some minutes.

“He is a player who gives you different things, he is very technical player, he is a fast player. If you review the last part of the last season at West Ham, Marko Arnautovic had a good performance but most of the goals also involved Manu Lanzini making good assists and good plays.”

While Lanzini and Nasri are approaching their returns, one player who is not yet ready to make his comeback is Wilshere, who has been ruled out since early December with an ankle injury.

“We will evaluate him next week and then we will be more clear about his future,” Pellegrini confirmed.