FIFA gamers Jamie Rigden and Gledis Rustemi will represent West Ham United at the inaugural ePremier League finals in March after winning through in the club’s play-off event on Tuesday evening.

Thirty-two FIFA 19 players across Xbox One and PlayStation 4 descended on London Stadium for the live play-off, which featured high drama along the way to the duo being crowned Hammers champions.

Rigden, who competes as Jamboo and is West Ham’s official FIFA player on Xbox, took the title on his console with a comfortable 6-1 aggregate victory over Tommy-Jordon Rayner in the final, but Gledis – RUSTEMI92 – faced a far-stiffer test in his final showdown.

Having already won his semi-final by a deciding golden goal, his final against Edi Garibovic, who signed up as the Hammers’ PS4 player after impressing at last year’s West Ham United eSports Cup powered by Basset & Gold, also went down to the wire after a 2-2 draw over the two legs.

The tension ramped up throughout a tight golden goal match to crown the winner, with RUSTEMI92 eventually prevailing with a goal in the second half of the extra game.

The Hammers’ Season Ticket Holder could scarcely hide his delight at triumphing after coming through online qualifiers and four rounds of the live play-off to book his spot at the finals.

“It was brilliant to win and my head is all over the place,” Gledis admitted. “It was like the semi-final all over again – golden goal, comebacks, they had everything.

“Winning the semis and finals on golden goals shows I have the mentality for sure to come back in games and see them out, because golden goal is tough.

“It’s insane that I’ll be representing West Ham at the finals now. I’m used to watching the team from the stands but now I can be the one who controls it. I’m lost for words to be honest! You want to represent the team you support, so to do that now is an amazing feeling.

“I’ll be putting a lot of hours into the game now to prepare for the finals. There’s no two ways about it, you have to put the hours in or you’ll fall short.”

For Jamboo, he was equally delighted to progress through the rounds on Xbox to don the Claret & Blue at another major event.

He explained: “It’s a relief to win the event and get through. There was literally nothing more I’ve wanted all this FIFA season than to get to the first ever ePremier League finals. It’s going to be a huge event, so to get the job done tonight is such a great feeling.

“There’s only 40 players in the whole country who have qualified for the finals and it’s very difficult. There’s no easy gimme games, so I feel like I’ve done myself proud here and hopefully I can carry it on at the main event.

“The finals will be a great opportunity. I’m going to go there now, happy to be here but at the same time I know I’ve got a lot more to do. It would be amazing if I could bring something back for West Ham and obviously I’m looking forward to it.” 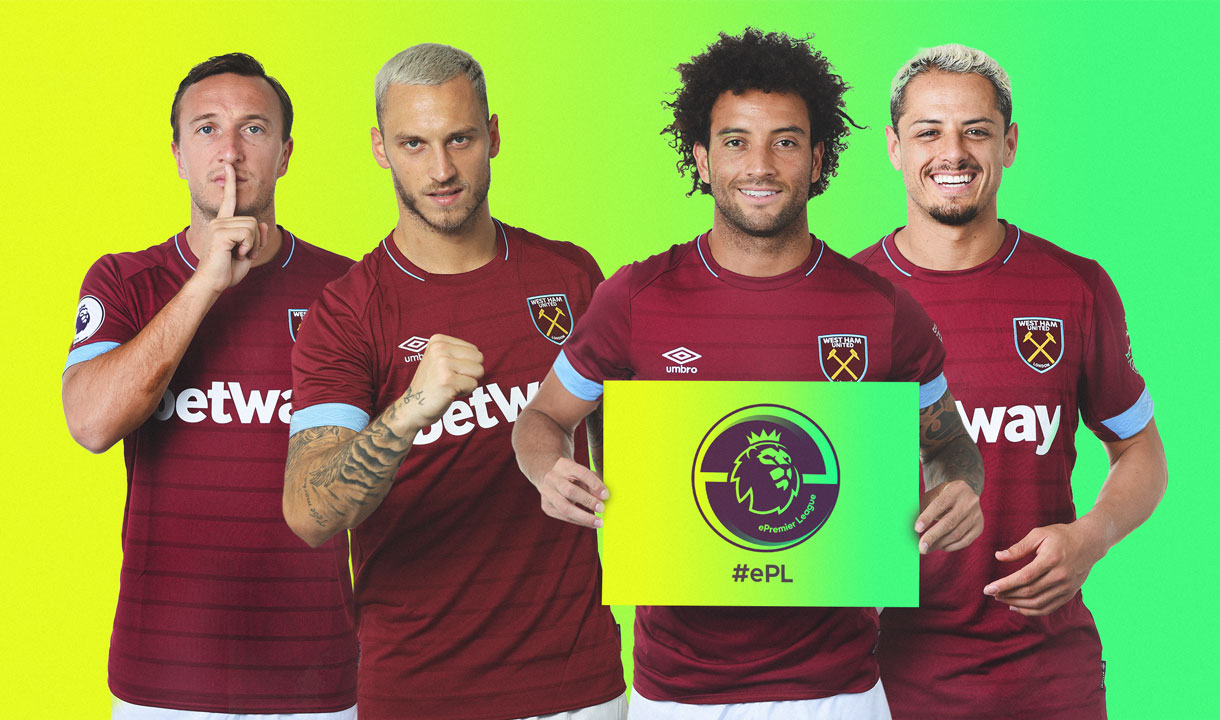 The inaugural ePremier League kicked off in January 2019 for UK players of FIFA 19 aged 16 or over.

Over the next three months, the players compete to find the ePL champion across three rounds: online qualification, live club play-offs and the eventual live ePL Final.

In online qualification in January, registered players took on each other to find the 16 best players on PlayStation 4 and the best 16 on Xbox One. These 32 players then advanced to the club play-offs.

All 20 Premier League clubs host a live playoff round, giving two EA SPORTS FIFA 19 competitors, one for PlayStation 4 and one for Xbox One, the right to advance to the ePL Final.

The ePL Final will be held on 28 and 29 March 2019, in London, and broadcast live on Sky Sports and the Premier League's digital channels. Matches will take place over two legs in a group-stage format on both PlayStation and Xbox to determine an overall champion