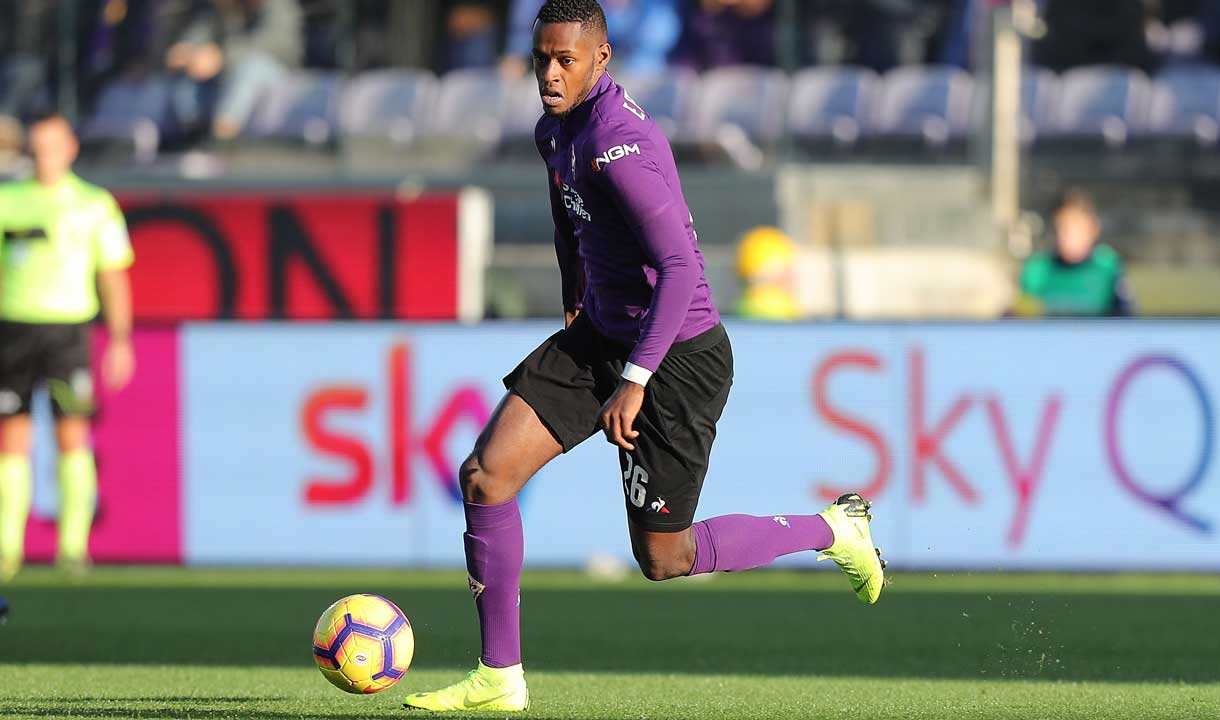 Edimilson Fernandes continued his recent impressive goalscoring form by netting Fiorentina’s opener in a 4-1 win at SPAL on Sunday.

The on-loan West Ham United midfielder scored for the second time in his last three Serie A matches as the Italian club made it seven matches unbeaten in all competitions.

The 22-year-old has become an important figure for the Florence side in recent weeks, starting the last ten Serie A matches he has been available for, helping Stefano Pioli’s team rise to eighth in the table, just three points behind fifth-place Roma.

In Germany, Reece Oxford had the unenviable task of marking Bayern Munich’s Poland international striker Robert Lewandowski. Despite twice taking the lead, Oxford and his Augsburg team were edged out 3-2 by the Bundesliga champions and sit 15th in the 18-team league.

Elsewhere, Sead Haksabanovic made his competitive debut for IFK Norrkoping in their 3-1 Swedish Cup Group B victory over Varnamo on Sunday, playing the opening 77 minutes at Nya Parken. Norrkoping will seek to make it two wins from two when they travel to Assyriska on Friday evening.

In Spain’s Segunda Division, Toni Martinez was introduced with nine minutes remaining for Lugo, but was unable to prevent his side from falling to a 3-0 defeat at Real Mallorca.

In England, substitute Jordan Hugill played for the final nine minutes as Middlesbrough scored an important 1-0 EFL Championship win at Blackburn Rovers to keep themselves firmly in the Play-Off race in fifth place.

In League One, Josh Cullen started for Charlton Athletic in their goalless home draw with Blackpool at The Valley. The Addicks are also fifth in their table and remain on course to reach the Play-Offs.

In League Two, Moses Makasi played the opening 82 minutes for Stevenage, who scored two late goals to secure a 2-2 draw at leaders Lincoln City to remain ninth in the table, four points outside the Play-Off places.

Joe Powell was back in the Northampton Town side and went close with a direct free-kick which whistled narrowly past the post in the Cobblers’ goalless draw with Crawley at Sixfields Stadium. Powell played the opening 85 minutes, during which he was also shown a yellow card.

Martin Samuelsen was an unused substitute for VVV-Venlo, who lost 3-0 at AZ Alkmaar in the Dutch Eredivisie.

Vashon Neufville was not involved as Newport County were beaten 4-1 by Manchester City at Rodney Parade in the Emirates FA Cup fifth round, while Oladapo Afolayan is not yet fit enough to kick-off his loan spell at Paul Scholes’ Oldham Athletic in League Two.