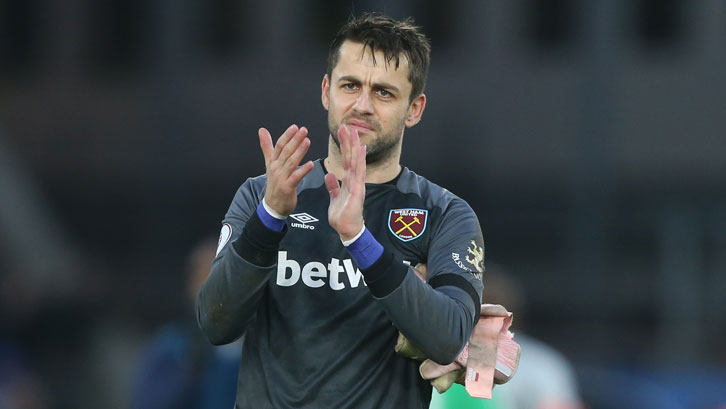 'Super' Lukasz Fabianski has expressed his pride at hearing his name being sung loud and proud by the Claret and Blue Army.

West Ham United’s outstanding goalkeeper has produced consistently impressive displays since arriving from Swansea City last summer, making a Premier League-leading 101 saves in his 26 top-flight appearances – a feat that was recognised by supporters at Selhurst Park on Saturday.

For the ever-modest Fabianski, the moment was appreciated, but the 33-year-old is determined to take his performances to an even higher level over the closing dozen matches of the season.

That was a cool moment to hear the fans sing my name. It wasn’t the first time, but it was the first time they were singing it that loud, so I could really hear it

“I’m pleased,” said the Poland star. “Obviously, there are some things I am not so happy about. As a team and especially for me, the [four] clean sheets are not as good as I would have hoped, but that’s something we have to work on.

“For me personally, so far it’s been good. Coming from a different team and being a new part of this club and having this opportunity, I’m basically just doing my best to help the team and I think I’m doing an OK job and hopefully it will continue.

“That was a cool moment to hear the fans sing my name. It wasn’t the first time, but it was the first time they were singing it that loud, so I could really hear it. That was something special and I really appreciate their appreciation of me and the way I’ve performed for the club. 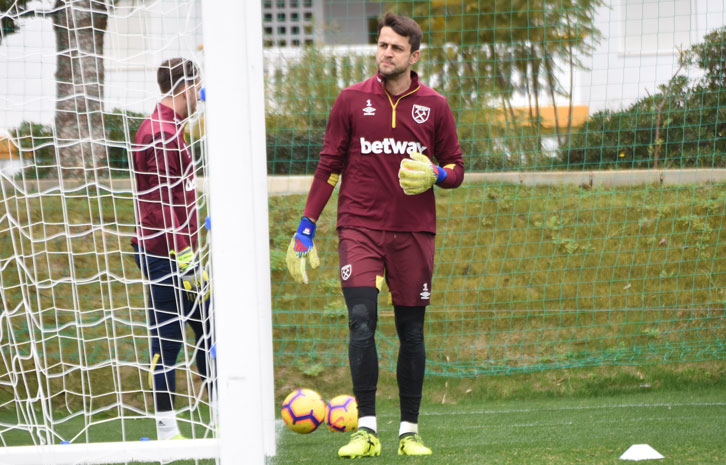 The No1 is currently in southern Spain with his squad-mates, where the Hammers are working hard on the pitch and spending quality time with one another off it at the end of an intense two-month period of matches and training.

Fabianski believes the camp will benefit the players in body and mind before they return to London at the weekend ahead of next Friday’s meeting with Fulham at London Stadium.

“I think it’s a good idea as it kind of freshens up your mind, a change of environment and a bit of a change in the weather, even though it’s not as sunny as we thought it was going to be,” he confirmed.

“It just gives us a bit of a different experience while we have that opportunity, so it’s good to stay here for a few days as a team, as a group, and to focus on our work to prepare ourselves well for the rest of the season.

“I think it really does help when it comes to the bonding of the team. Trips like this, especially, help you get to know your teammates a lot more as you get to spend a lot more time together off the pitch, so it also gives you the opportunity to just get closer as a unit and hopefully it will be a successful trip for us.”