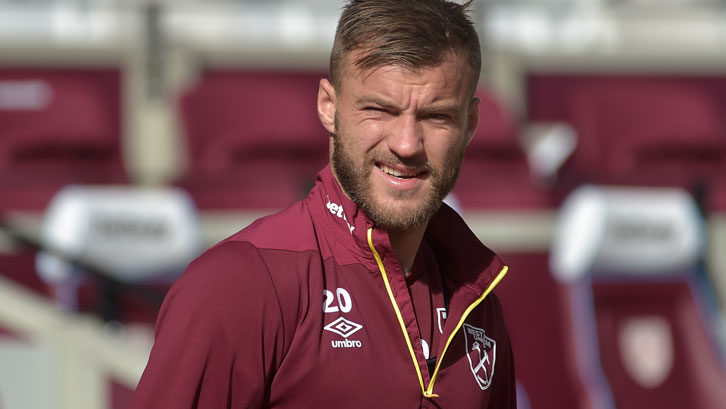 Andriy Yarmolenko has expressed his gratitude to the many West Ham fans who have sent him messages of support on social media.

The Ukrainian winger, who has been sidelined with an Achilles injury since October and manager Manuel Pellegrini recently revealed that he does not expect the No20 to return to action this season.

However, the 29-year-old confirmed that support from the Claret and Blue Army has buoyed him as he continues his recovery at Rush Green.

“I’ve had so many positive messages from West Ham fans. For me it really helps,” Yarmolenko revealed. “West Ham supporters are really passionate and I think we, as a group of players, we really appreciate that.”

Yarmolenko, who joined the Hammers from Borussia Dortmund last summer and quickly impressed with his technical ability and effervescent personality, said he is looking forward to getting back on the pitch again when his rehabilitation is complete.

“The atmosphere at London Stadium has been really good,” he continued. “When I come to the matches you can really feel the noise from the fans getting behind the team. I can’t wait to be back and to feel this again.”

I’ve had so many positive messages from West Ham fans. For me it really helps

Yarmolenko also revealed that his family, friends, teammates and backroom staff had also rallied around him when discussing the challenges of dealing with a long-term injury for mental health awareness charity Time to Talk.

“You must understand that, as a professional football player, maybe sometimes injuries happen and you must be ready for this,” observed the former Dynamo Kiev star.

“Of course, it’s not the easiest to be without football because I love this, but it’s happened and you must concentrate on your recovery and of course everyone helps me – my family, my teammates and the staff because here in West Ham we are one big family and it’s really helped me.

“Now I’m only concentrating on my recovery because I want to be back soon.”