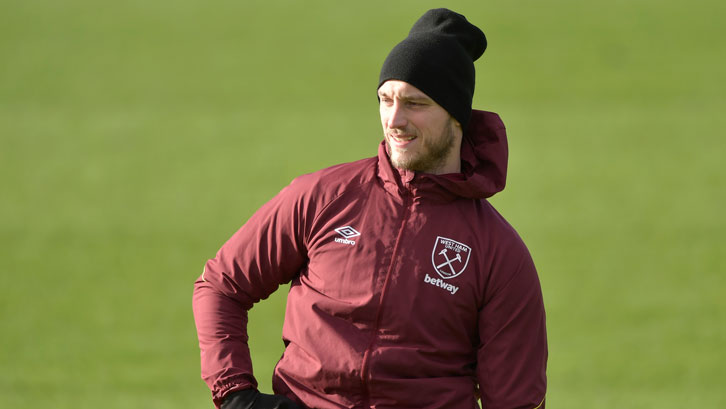 Manuel Pellegrini has confirmed that Marko Arnautovic will be in his West Ham United squad for Saturday’s Premier League trip to Crystal Palace.

The Austrian was ruled out of Monday’s 1-1 draw with Liverpool at London Stadium after suffering a right foot injury in the defeat at Wolverhampton Wanderers on 29 January.

However, Pellegrini said Arnautovic has worked with the first-team squad without issue this week and will be on the coach when it departs for Selhurst Park.

I think and I hope that Manu Lanzini will be ready for Fulham, at least to go to the bench, if he continues improving over the next two weeks

“Of course, it is good news for us. He is a player who makes a difference and is important for our team. He needs to recover his best shape after a long time without playing and with his last injury, so I hope he will be a very important player for us over the last part of the season.” 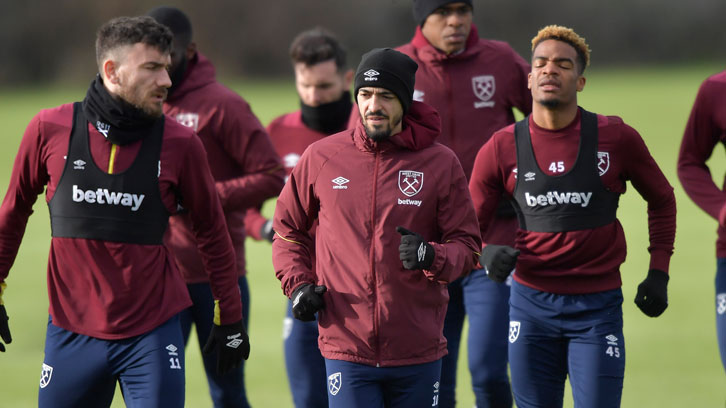 The manager also revealed that Argentina playmaker Manuel Lanzini could make a welcome return to his matchday squad for the home fixture with Fulham on Friday 22 February after recovering from a long-term knee injury, while Paraguay centre-back Fabian Balbuena could also come into contention after overcoming the knee problem he suffered in the home defeat by Watford just before Christmas.

However, Pellegrini also told the media he has doubts over the availability of Jack Wilshere this season as the midfielder prepares to step up his rehabilitation following ankle surgery.

“Jack will finish his eight weeks he needs after his ankle surgery next week,” the manager disclosed. “He will return to different work and we will see how he feels.

“Not only Andriy Yarmolenko [will not return this season], but Carlos Sanchez will also not be ready and I don’t think Winston Reid will be ready. Jack Wilshere, I have some doubts if he will be ready, so there are a lot of players who will continue recovering from their injuries.

“I think and I hope that Manu Lanzini will be ready for Fulham, at least to go to the bench, if he continues improving over the next two weeks, Ryan Fredericks is OK working with us and Fabian Balbuena will be ready in a couple of weeks.

“So, for the last weeks of the season, those are the players who must make the difference.”