West Ham United is delighted to confirm that legendary captain Billy Bonds is to be permanently honoured at London Stadium with a stand in his name.

Home to a wall of over 20,000 supporters, the current East Stand will become the Billy Bonds Stand, in tribute to our record appearance holder and the man who twice lifted the FA Cup, in 1975 and 1980.

Bonds joins fellow Hammers greats Bobby Moore and Sir Trevor Brooking in being immortalised at the stadium, as the ultimate recognition for his many years of magnificent service to West Ham United.

The Billy Bonds Stand will be unveiled in a prestigious ceremony prior to kick-off at the Club’s Premier League fixture against Newcastle United on Saturday 2 March.

Billy, who will be in attendance with his family and joined by a number of his former Hammers team-mates on the day, said: “I have so many great memories of this club and this really is the icing on the cake. It’s a great honour and means so much to me and my family.

I am very lucky – I have had such great support at this club over the years. The fans have always been great to me, from day one

“To think that I am only the third West Ham player to receive this honour after Bobby Moore and Trevor Brooking – you can’t get better than that. Two people that I admire, two great footballers, and two great friends.

“I am very lucky – I have had such great support at this club over the years. The fans have always been great to me, from day one. The one thing I always did was give effort, first and foremost, and if the West Ham fans see that, they will forgive a lot of things.

“It is going to be a special day on 2 March. I am really looking forward to it and it will be lovely for my family. I have two daughters and two granddaughters, and they can’t wait to come to London Stadium to see it.

“I’m getting on a bit now, into my 70s, but it will be great – when I’m no longer around – for my granddaughters to come here and say ‘That’s Grandad’s stand’. That will be lovely." 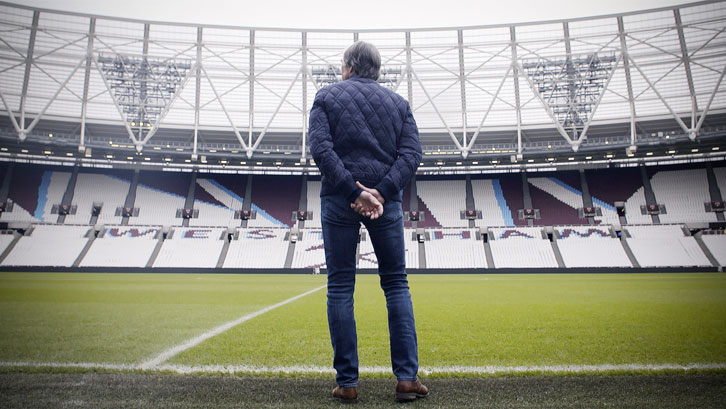 Joint-Chairmen David Sullivan and David Gold said: “This is a proud and historical moment for West Ham United, as we honour one of the very greatest players ever to pull on the famous Claret and Blue shirt.

“Since moving to London Stadium in the summer of 2016, it has always been our desire and intention to ensure that Billy is appropriately recognised, and his name will now stand permanently and proudly at our home.

“To West Ham United supporters, Billy Bonds epitomises the very heart and soul of our Football Club. A man who gave blood, sweat and tears during the course of a 21-year playing career and led the Club with dignity and pride as a manager between 1990 and 1994.

“This honour is another hugely positive step for the Club at London Stadium. With 60,000 supporters now in attendance at a home that pays fitting tribute to our unique heritage and the greatest players in our history, we look forward to a bright and successful future.”

Born in Woolwich, London on 17 September 1946, Billy Bonds originally joined West Ham United in May 1967 from his local club Charlton Athletic, where he had made 95 league appearances.

After making his Hammers debut in Ken Brown’s testimonial match at the end of the 1966-67 season, he quickly established himself in Ron Greenwood’s team at the start of the following campaign and built a reputation as a tough, energetic right-back. 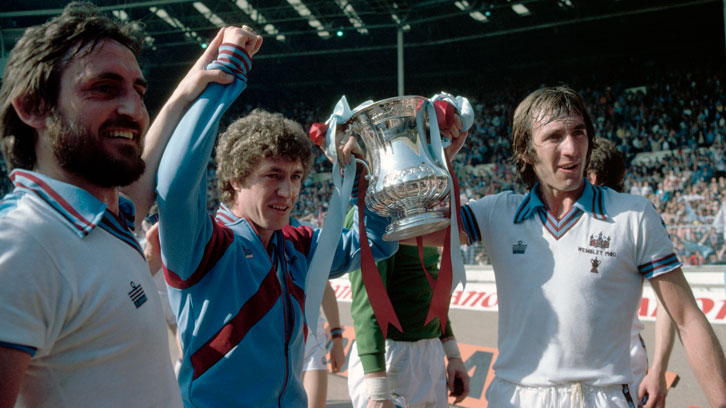 In the early 1970s, Greenwood moved him into the centre of midfield, where his fearless and powerful approach combined perfectly with the grace and elegance of his team-mate and great friend Trevor Brooking.

The pair became the spine of the team under Greenwood and then John Lyall, as the Hammers enjoyed one of the most successful spells in their history, winning the FA Cup in 1975 and 1980, reaching the European Cup Winners’ Cup final in 1976 and winning the Second Division title with a record points total in 1980/81.

By then Bonds had moved into a central defensive role alongside Alvin Martin, who took over the captaincy as injury blighted his predecessor in the early 80s, but Bonds wasn’t finished. He returned to first team action, having passed his 40th birthday, in the 1986-87 season and eventually played his final game for the club against Southampton in April 1988 at the age of 41 years and 226 days.

He had been made an MBE in the 1988 Queen’s New Year Honours’ List and finished his playing career having made 799 senior appearances in the Claret and Blue and won the Hammer of the Year award four times.

Bonds remained at the club as a youth-team coach, before stepping up to take over first-team duties in February 1990 following the departure of Lou Macari. He led the Hammers through a tumultuous period, winning two promotions to the top flight in 1991 and 1993, paving the way for the Club to establish themselves as a Premier League club.