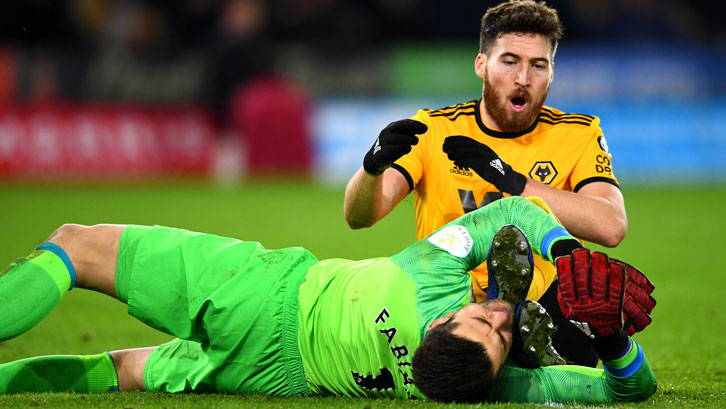 Marko Arnautovic, Lukasz Fabianski and Aaron Cresswell could all be fit for Monday’s Premier League fixture with Liverpool at London Stadium.

The West Ham United trio have been nursing foot, arm and hamstring injuries respectively, but manager Manuel Pellegrini revealed in his pre-match press conference that all three could feature against the Reds if their recoveries go to plan. Arnautovic and Fabianski were both hurt in the Premier League match at Wolverhampton Wanderers on Tuesday, while Cresswell picked up his injury in training.

However, one player who will definitely not be on the pitch against the Premier League leaders is Samir Nasri, who took a knock at AFC Bournemouth a fortnight ago and faces a few more days on the sidelines.

“We are not sure [about Marko’s availability],” Pellegrini began. “We need to see how the pain is in his foot, but we are just on Friday and we have 72 hours more if he will be able or not.

“[His percentage chances of playing] are more of a question for the doctor. I will see on Saturday, talk with the player, see if he can kick the ball, so I think there are lot of things that within hours can change 100 per cent.

“Aaron Cresswell is improving. We need to test him on Saturday to see if he will be able to play and Samir Nasri needs one week more.”