Manuel Pellegrini: We must improve our home form 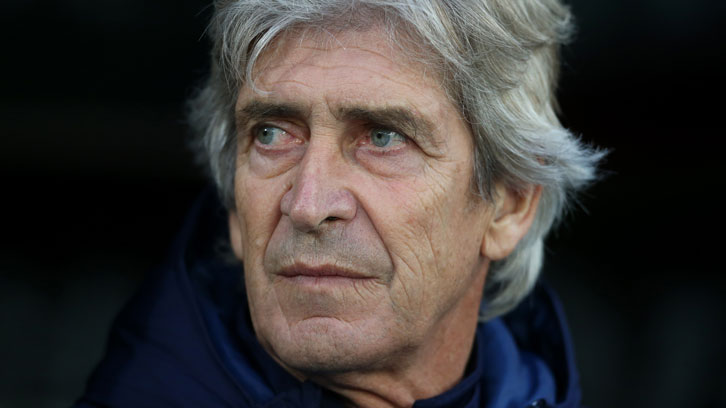 The Hammers have not won in Stratford since September and, after a run of five home games without a win, it has become imperative that the Irons pick up positive results against the Foxes and the Cherries.

Speaking after the Boxing Day defeat at Crystal Palace, the manager reiterated the point that his players must defend better if they are going to return to winning ways against Brendan Rodgers' side.

It's very important that we get a win because, while I think our away performances are not bad, our home performances have been very bad

"Of course, that is something we need to try to improve because we have lost too many points at home and have just one from our last five games," he confirmed.

"We now have to play two games in a row at home and I hope we can start by beating Leicester. It is a difficult game because Leicester is a good team, but I think our team is in a moment where they are not playing bad, but they must be more concentrated in defending.

"It's very important that we get a win because, while I think our away performances are not bad, our home performances have been very bad. We have just one point from the last 15 so now we have these two home games, I think we have to get a win that is so important."

While West Ham have had defensive issues this season, Leicester have been the opposite, conceding less than a goal a game in 2019/20 to mount a serious challenge for a UEFA Champions League place and remind everyone of the Foxes team which won the Premier League title four seasons ago.

"They are different teams," Pellegrini observed. "What Leicester did in that [2015/16] season was unbelievable. They had great players and a great season and now they're also doing very well, but we are just in the middle of the season so we can't compare a team that won a title to a team that is great now."

One player who could definitely boost the Hammers should he be fit to return to action is Lukasz Fabianski, who has been out since suffering a hip injury at Bournemouth in September.

However, the manager was coy when asked if the Poland goalkeeper would be available to face the Foxes.

"We will see on Friday which players are able to play, especially as it is only 48 hours after our game at Crystal Palace," he concluded. "We will see how Lukasz Fabianski is but we also must study and be very clear what is the best starting eleven after playing this game."