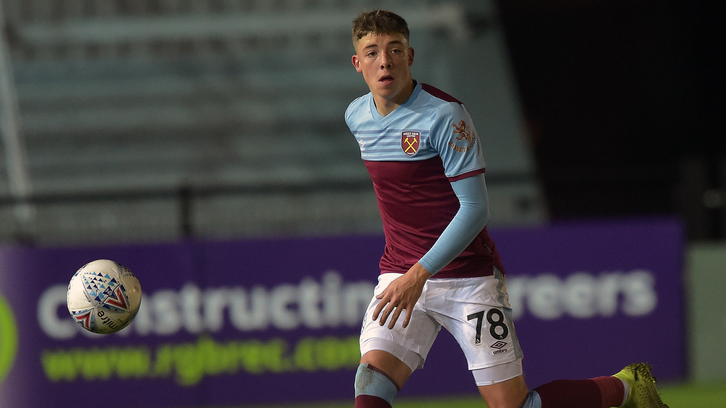 West Ham United U18s were knocked out of the FA Youth Cup by Charlton Athletic U18s on Friday night after losing a dramatic penalty shoot-out 5-4.

A pulsating tie finished 3-3 after extra time, with neither side able to find a winner across two hours of football.

Forwards Mipo Odubeko (2) and Veron Parkes were on target for West Ham but it wasn’t enough to see Kevin Keen’s side through to the fourth round.

Ultimately it came down to a penalty shoot-out between the two teams, with the visitors sealing their progression to the next stage.

West Ham U18s defender Harrison Ashby expressed his disappointment in losing in such a difficult manner.

“It’s really hard to put into words how hard it is to lose a game like that on penalties,” he said.

“At the start of the game we stuck to our game plan to an absolute tee, but for some reason we took our foot off the gas a little bit and, credit to Charlton, they got themselves back into the game. From that point it became more like basketball, end-to-end.”

Ashby also acknowledged the efforts of the opposition in a rollercoaster Cup tie that could have gone either way.

“Credit to Charlton, they were a real challenge tonight. We're perhaps not used to playing teams who are that physical and get the ball in behind as much.

”We worked hard to prepare ourselves for it but unfortunately, we weren’t able to get the result we wanted.”

It’s the second consecutive year that West Ham have exited the FA Youth Cup on penalties, but Ashby believes the U18s can bounce back quickly from this defeat.

“It’s not nice being back here again but we’ll deal with it and go again in the new year in the league.”

West Ham United U18s are back in action on 11 January when they host Chelsea at Little Heath in the next round of fixtures in the U18 Premier League South.