Michail Antonio and Sebastien Haller were thrilled to combine to help fire West Ham United to a 1-0 Premier League victory at Southampton on Saturday.

The pair featured together up front, giving Saints centre-halves Jack Stephens and Jan Bednarek plenty to think about over the 90 minutes at St Mary's Stadium.

Haller scored what turned out to be the match-winner, firing home via the right-hand post with 37 minutes played, while Antonio was a menace throughout and would have added a second himself had it not been for a VAR intervention that deemed he had handled before firing a low shot past Alex McCarthy. In the end, the disallowed goal was not to matter, and Antonio was just delighted to claim all three points.

"It's massive," the No30 beamed. "Obviously we showed in our performances in the last couple of weeks we've improved, but we haven't got the results we wanted.

For Haller, his strike was the fifth of his first season in Claret and Blue and first in nine games, so he was happy to net for the first time since the defeat to Crystal Palace n October.

The Frenchman explained: "It's been a while and for me, for the team, for the club, it was a really important win. I'm just happy with this one and I hope we can score even more because we need it.

"It was not easy [in the second half], but really important to get the three points, no matter how they came."

Returning to Antonio's disallowed strike, it was the second time in four games thatan unfortunate handball has cut his celebrations short, but he will not be deterred by his bad fortune.

"I think I'm going to cut my hands off!" the No30 joked. "It happened to me at Chelsea and it's happened again today. I don't know what I'm going to do with my arms but it's like a magnet to it.

"It shows I'm still getting in the good positions and hopefully they'll start turning to goals!"

Antonio concluded by praising both his strike partner and manager, saying he hopes this result acts as a springboard for his team.

"It was good to play with him up front," Antonio added. "Me and him have a good relationship at the training ground and it's good to do it on the pitch. You could see the chemistry between us, we were always linking, always close to each other and hopefully we can keep performing in this way and push up the league.

"It was a massive result because we've got loads of respect for the manager. We started the season well before we went on a bit of a blip. I've been here for five years now and we've always come out of these blips. Hopefully this is the time where we can start moving forward and getting ourselves up the league." 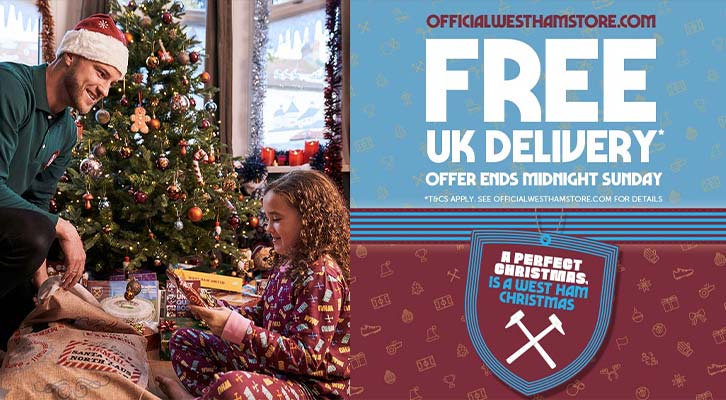