Kevin Keen: We weren’t as good as we have been in the league 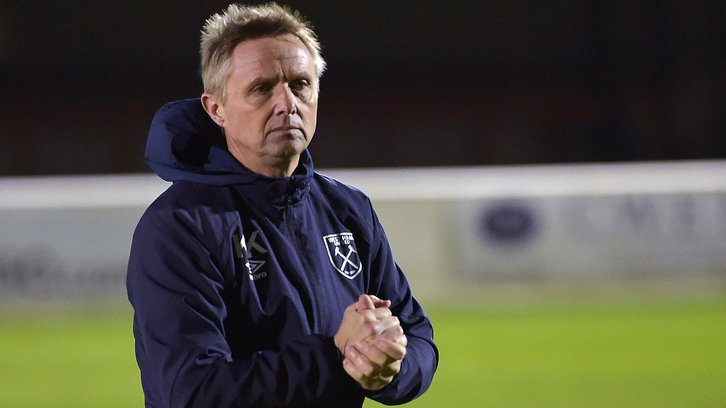 West Ham United U18s suffered penalty shoot-out heartbreak on Friday night as they were knocked out of the FA Youth Cup in the third round by Charlton Athletic.

The Addicks edged the shoot-out 5-4 at a rain-soaked Chigwell Construction Stadium after neither side could be separated over 120 minutes.

West Ham took the lead three times during normal time but were pegged back on each occasion, most notably with Charlton’s Jeremy Santos’ 89th-minute leveller that left the game poised at 3-3 heading into extra time.

Despite both teams’ advances, neither were able to find a winner in extra time and the visitors were ultimately able to triumph from the spot.

U18s Lead Coach Kevin Keen commended his side’s efforts on the night despite the performance not living up to the high standards the team has shown in the league.

“We’re pleased with their efforts,” he said. “If we’re being honest, I don’t think we played as well as we could tonight. I think a few of the boys were a bit overawed by everything that surrounds the FA Youth Cup, it was difficult for some of them.

“I didn’t think we played as well as we have on Saturday mornings in the league but credit to Charlton. They came and were a real tough nut to crack with some really gifted players.”

“We’re really pleased for Mipo to get his two goals tonight. The first one was a real quality finish after a really good bit of play. We thought he showed some real quality out there tonight. He’s played 120 minutes and he’s led the line very well.”

The U18s now head into a winter break following Friday’s game, with their next fixture not being until 11 January against Chelsea.

Keen believes the break is coming at the right time for his players after a taxing first half of the season.

“We’re currently third and we’ve got things to target there and the boys will look to improve themselves individually and work well as a team.”