David Martin: It takes grit and determination to play for West Ham United

David Martin may be just three games into his West Ham United career, but the goalkeeper has more than enough experience to know the Hammers need to ‘dig in’ to turn around their current run of form.

The 33-year-old’s home debut for his boyhood club – and 407th senior appearance of a long career – was ruined as Arsenal came from a goal down to condemn West Ham to a 3-1 Premier League defeat at London Stadium.

That loss was the Irons’ seventh in nine top-flight matches but as someone with so much experience, Martin knows panicking would be the worst thing West Ham can do, and the goalkeeper instead called for calm heads ahead of the east Londoners’ trip to Southampton on Saturday.

And the lifelong supporter and son of Claret and Blue legend Alvin intends to draw upon the values instilled in him as a child by his famous father at St Mary’s Stadium.

I was brought up on character and the West Ham way, and you’ve got to dig in sometimes

“That’s how I try and play, to try and be calm and give that feeling around for other people, but tonight obviously, once that first goal went in, it was not good enough and we’ve got to show more character than that,” he said.

“I was brought up on character and the West Ham way, and you’ve got to dig in sometimes. It’s not all going to be pretty football and when the chances come along, hopefully we’ll take them.

“At times like this, you’ve got to dig in and when that first goal went in you’ve got to go ‘Right, OK, the minimum now is that they don’t score again and if we can nick one and put the momentum the other way, then great’, but it takes grit and determination to play for this Club.” 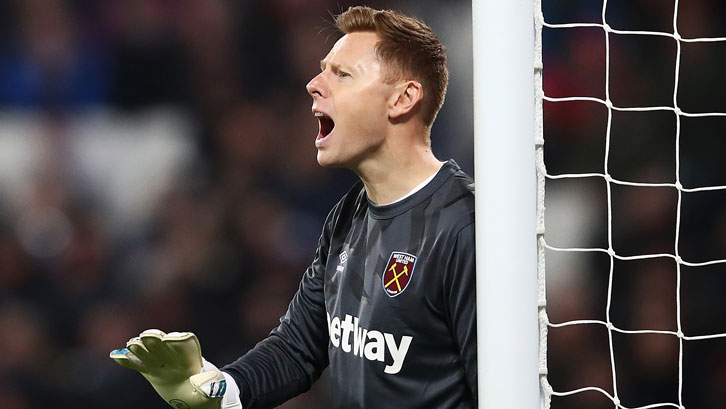 Reflecting on Monday’s defeat in particular, Martin felt West Ham lost their momentum as soon as Arsenal scored an equaliser out of almost nothing on the hour-mark.

There appeared little chance of the Gunners shooting down the home side during a first half in which they carried next to no threat to Martin’s goal and fell behind to Angelo Ogbonna’s deflected header.

However, the game was flipped in the space of nine second-half minutes. Gabriel Martinelli’s leveller stunned the home side and two more quickfire goals from Nicolas Pepe and Pierre-Emerick Aubameyang took the three points back to north London.

“I thought we played really well in the first half and deserved a one-nil lead but the second half was not good enough from all of us and we’ve got to have a reaction now because of that,” the No25 reflected.

“For their first goal it (Sead Kolasinac’s cross) went through Ryan Fredericks’ legs and he (Martinelli) found himself with the whole goal to aim at and it happens like that sometimes in football and it’s about being strong enough and brave enough to keep playing like we did in the first half and keep doing the right things.”

For the goalkeeper, the result ruined an otherwise special evening as he made his debut for the Club he has supported all his life.

“It was a bit emotional hearing ‘I’m forever blowing Bubbles’ and walking out to them and I had to concentrate on keeping focused,” he revealed. “But we’re all gutted about the result. It’s a great day for my family, but it would have been a lot better with the three points.”