Albian Ajeti: I believe I can rise to the challenge 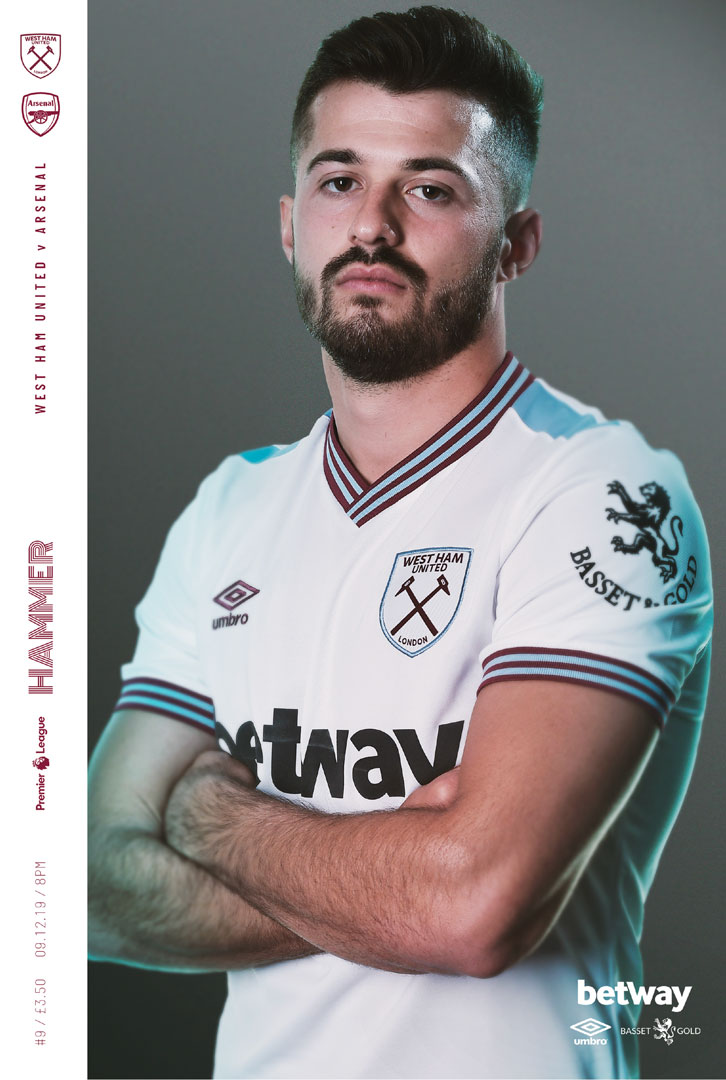 Albian Ajeti will come up against a player whose life and career have followed similar paths to his own this evening - Arsenal's Kosovar Albanian Switzerland international Granit Xhaka.

Just like the parents of West Ham United striker Ajeti, Xhaka's family left the Balkan region during the wars that ravaged the former Yugoslavia during the 1990s and settled in the Swiss city of Basel. There, both players were born, joined the Academy of local club FC Basel, graduating to the first team and going on to earn full international honours for their adopted nation.

Now, both are plying their trade in the English capital, where they are set for a Premier League derby at London Stadium on Monday evening.

The coach knows my qualities and we from Kosovo have a different mentality. We have big self-confidence and believe we can rise to every challenge

Speaking candidly to the Official Programme about his family's move from Kosovo to Switzerland, his upbringing at FC Basel, his decision to play for Switzerland and his hopes of making a success of his career at West Ham United

“Basel like to work with Kosovar Albanian players and they’ve had a lot of success with them, as they have also had with Egyptian players,” he explained. “If you see other players go the same way, it gives you confidence that it is possible.

“I think my time in Basel was very good as I did my whole Academy there and I got a lot of trust from the club. It is the biggest club in Switzerland and they have one of the best Academies in Europe. They have a very good football school, they care a lot about their players and they want to get you ready to be professional. They start very young with that stuff and, at the end, you just have to have a bit of luck and be ready if you get the chance.

“That’s what makes the club so special. They work with players of a lot of different nationalities and my time in Basel was like being in a second family. It was really good.”

Tonight, Ajeti wants to get one over his international teammate and help the Hammers reboot their 2019/20 campaign.

“I think we have a very good team here at West Ham, with very good qualities,” he said. “I felt well as soon as I arrived, with the players and in the training sessions.

“I feel in myself that the coach trusts a lot in me, and I trust him too, and he knows I’ll do everything to get my minutes on the pitch,” he said, with a steely determination.

“The coach knows my qualities and we from Kosovo have a different mentality. We have big self-confidence and believe we can rise to every challenge.

“It’s just important to continue to do my work as well as I can and hopefully more opportunities will come. I am ready, and the coach knows he can put me in every game.” 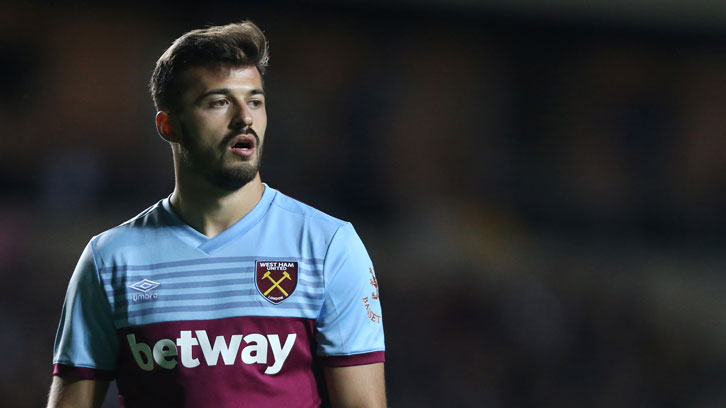 Priced at just £3.50, Hammer is also the best-value matchday magazine anywhere in the Premier League. Issue nine for Saturday's Premier League derby with Arsenal is available to order now online.