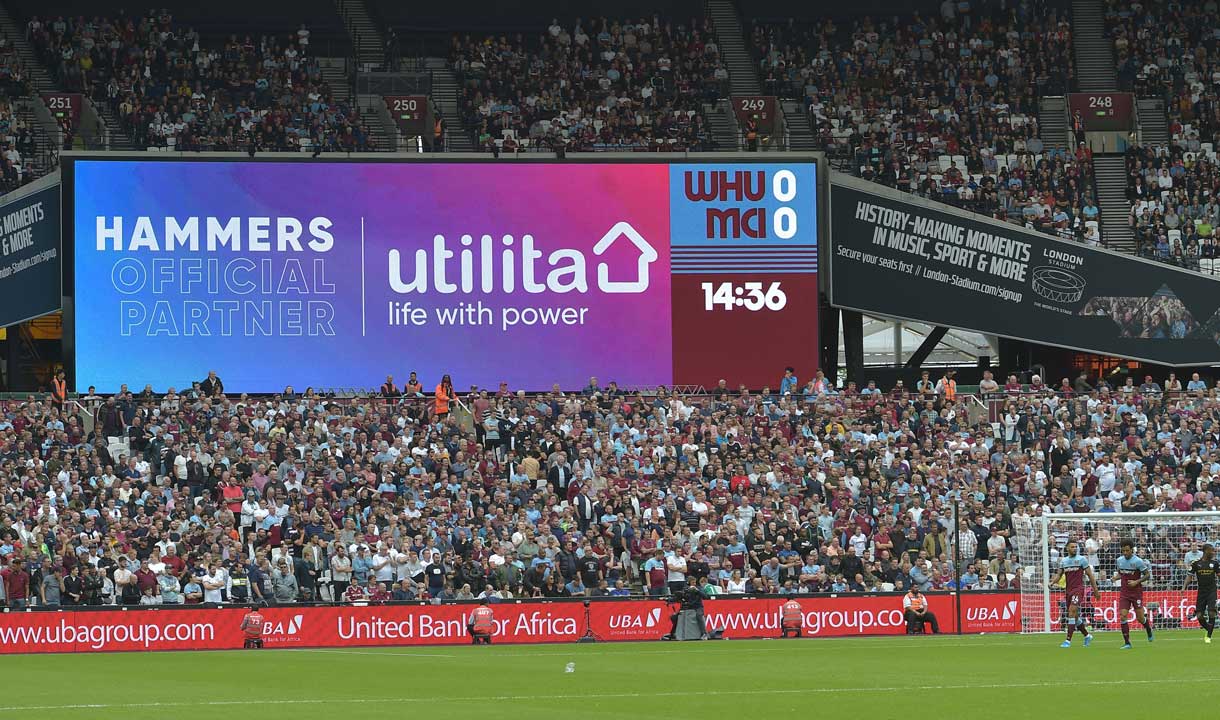 West Ham United is delighted to announce Utilita as its Official Energy Partner.

The partnership will provide exclusive energy offers and discounts to West Ham fans, the details of which will be announced in due course.

The energy provider has been a major success story, with their customer base having almost quadrupled in the last four years. Around 750,000 homes and 20,000 businesses are now powered by one of the UK’s fastest-growing energy suppliers.

West Ham United’s Commercial and Digital Director, Karim Virani said: “Utilita are a major force in football and we’re delighted to have them on board as an official partner.

“We look forward to working with them to build a strong partnership and bring exclusive offers to Hammers fans."

Utilita’s Director of Marketing & Communications, Jem Maidment said: “It is a fascinating time to be aligned with West Ham – a club with a rich history, fanatical fanbase and a forward thinking club both on and off the pitch.

"To be associated with this famous club is something that we are thrilled about and we are looking forward to engaging with the club’s supporters through showcasing our products and services, having a significant presence at the London Stadium and reaching out to the local community.”

Utilita has been leading the way in the smart meter revolution. It installed Britain’s first ever smart meter back in 2008 and 90% of its customers currently have one – the highest percentage of any UK supplier.