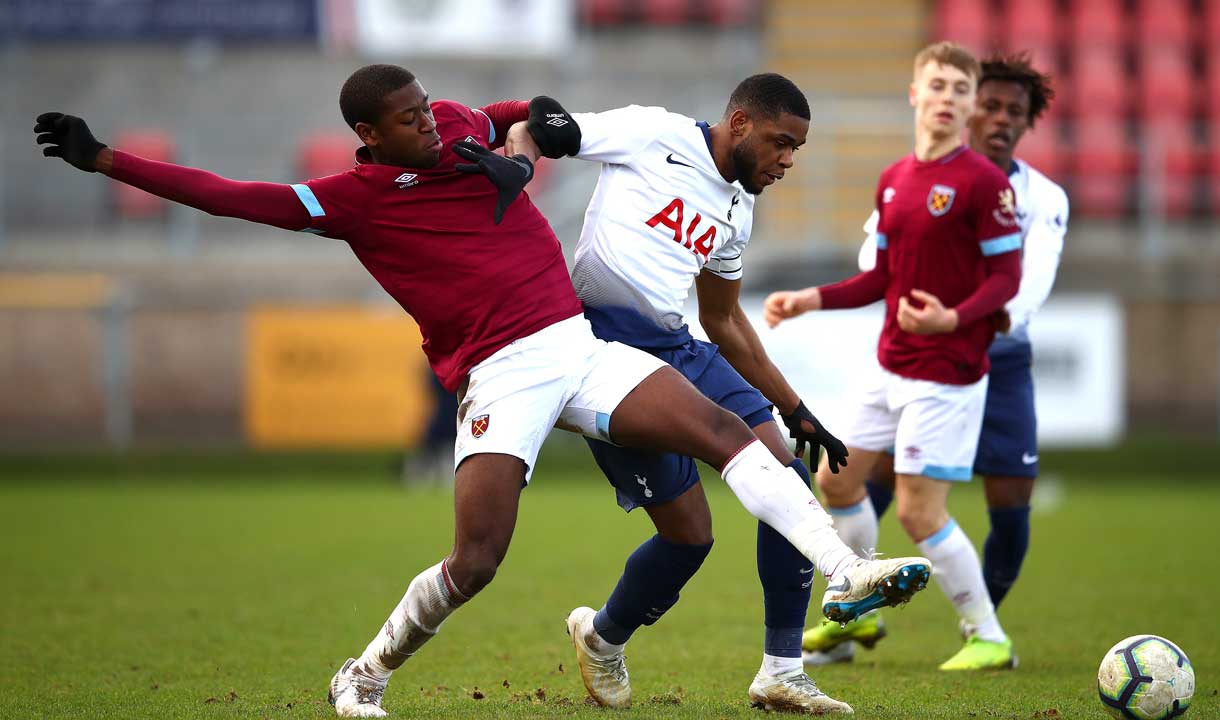 West Ham United youngster Ajibola Alese has been called up to the England U19 squad for their international matches against Greece and Germany next month.

The 18-year-old defender has played a big part in the Hammers' superb start to the Premier League 2 season, starting victories over Fulham, Newcastle United and Reading.

Now, he will have the chance to impress on the international stage after being selected at U19 level for the first time.

Alese already has 14 appearances for the Three Lions under his belt at the U16, 17 and 18 age groups and he could make his bow for Keith Downing's side when they take on Greece at St George's Park on Thursday 5 September.

England then head to Germany four days later, as they begin their preparations for the UEFA U19 European Championship qualifiers in the autumn.