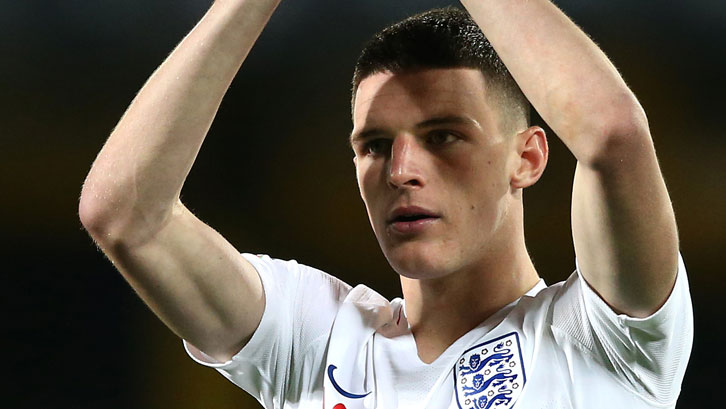 Declan Rice has been selected in England’s squad for the upcoming UEFA Euro 2020 Group A qualifiers with Bulgaria and Kosovo.

The West Ham United midfielder was named by Gareth Southgate for the Three Lions’ third and fourth qualifying matches as they continue their quest to reach next summer’s tournament.

Rice made his England debut in a UEFA 2020 qualifier with Czech Republic and his first start against Montenegro in March, with Southgate’s side winning both matches to go top of their group.

The 20-year-old then in the UEFA Nations League semi-final defeat by the Netherlands in June and will hope to make his first Wembley start against Bulgaria on Saturday 7 September.

From there, England head south to St Mary’s Stadium in Southampton, where they will take on Kosovo for the very first time on Tuesday 10 September.

England are seeking their first-ever European Championship title, having reached the semi-finals in 1968 and again on home turf in 1996.

The final of the 24-team 2020 tournament will also be played at Wembley Stadium on 12 July next year.