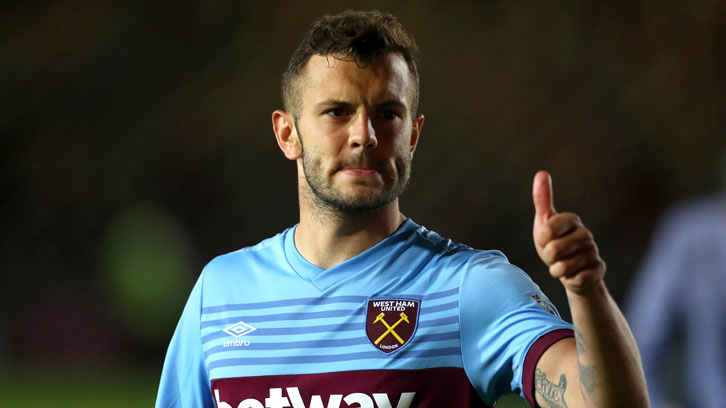 Wilshere and Pablo Fornals scored their first goals in Claret and Blue at Rodney Parade as the Hammers became the first team to overcome the in-form Exiles this season.

And, having defeated a Newport team who had shocked Leeds United, Leicester City and Middlesbrough and held Tottenham Hotspur in the FA Cup in recent seasons, the experienced pair were happy to see West Ham’s name in the hat for the third round.

“It took me a while!” smiled Wilshere, when asked how special it was to score his maiden goal for his boyhood club two minutes before half-time. “Obviously I was injured for a long period last year, but now I’m back and I’ve always said I wanted to score more goals so it was good to get forward and score.

“I felt the team did a professional job tonight and the experienced players in our team like myself, Zaba and Snods are used to playing in these games against lower-division teams and we knew we had to match them physically and I felt we did that tonight.”

Wilshere will now hope to return to the Hammers’ Premier League squad after missing Saturday’s win at Watford.

“It’s difficult working your way back to full fitness in the Premier League as you don’t get time, so you have to be at your best and your best physically every week,” the midfielder confirmed.

“We’ve got a great spirit here and I’ll keep doing my best in training. It’s about working hard and taking your opportunity when it comes.” 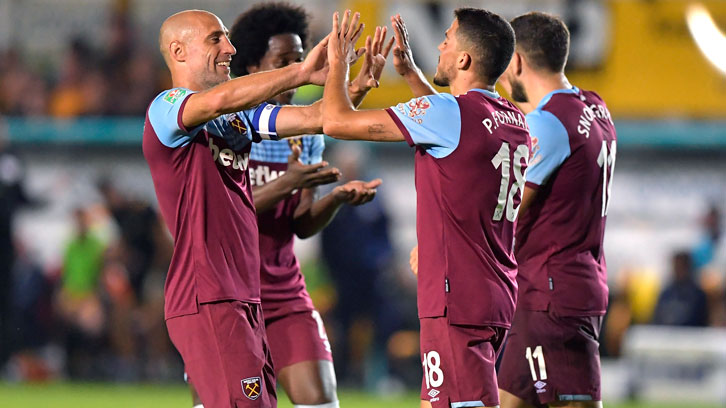 A two-time EFL Cup winner with Manchester City, Zabaleta captained the Hammers on his 400th appearance in English football, and he echoed the sentiments of Wilshere about the nature of West Ham’s performance in South Wales.

“We knew we needed to score first,” he said. “In the first ten or 15 minutes they were putting pressure on us with long balls and we knew we had to handle this.

“We knew before the game that this would be a difficult place to come, especially against a team which plays so direct, but after we got our goal we kept the ball well and dominated the whole second half. Fornals also got on the scoresheet and he’s a new player, so he will get confidence and it’s job done.

“I’m proud to reach 400 appearances in England. It’s my last season here and I’ve enjoyed it and I am enjoying it with the lads at a great club.

“I will give my best and in football, at my age, it’s difficult and I know I won’t play every game like I did in previous years, but I hope we can have a good season here at West Ham.”