Pellegrini: Wilshere and Sanchez were key to Newport victory 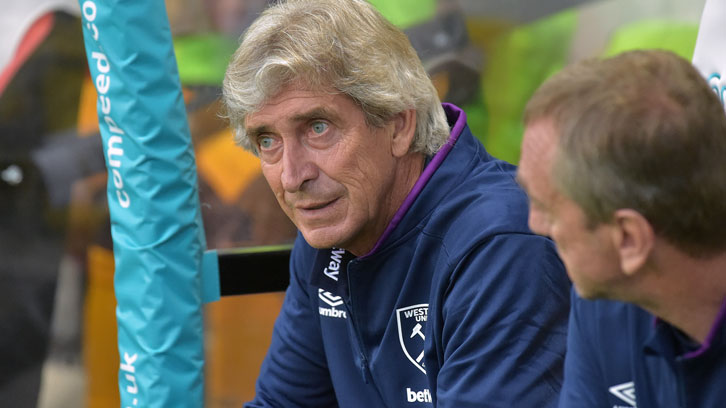 The home fans generated a raucous atmosphere at Rodney Parade, where they have not lost since being knocked out of the FA Cup by Manchester City in February, but the experience of England international Wilshere and Colombian veteran Sanchez were vital to West Ham United’s 2-0 victory.

EFL League Two Newport matched their Premier League opponents in the first half, but once Wilshere had broken the deadlock two minutes before half-time, the flow of the game changed.

After the break, the two central midfielders controlled the game, quietening both their opposite numbers and the crowd, before Pablo Fornals made the game all but safe on 65 minutes.

“I am happy because we got a good result, we qualified for the next round, we didn’t concede any goals and we scored two goals,” said Pellegrini. “The first 45 minutes, I think we had some problems in defending because we played against new style with so many crosses and second balls. But in the second half we improved a lot with the ball.

“They had one opportunity at the end but that came from a mistake so I was happy with the second 45 minutes.”

I am happy because we got a good result, we qualified for the next round, we didn’t concede any goals and we scored two goals

Pellegrini was happy to single out Wilshere, who was not involved in Saturday’s Premier League win at Watford, and Sanchez, who only recently returned from a long-term knee injury, for praise.

“Jack, I think that he played very well, scoring a goal and dominating the midfield area,” he observed. “This is what we expect from him because he is an experienced player and he knows how to do it and, on a good day, he makes it very difficult for the other team to recover the ball.

“Also, with Carlos Sanchez, I think that he also played a very good game, and Felipe Anderson was also a positive for us.”

The only negative on the night was the early injury suffered by Michail Antonio, which will rule him out of Saturday’s home Premier League fixture with Norwich City.

“It was a hamstring injury and we see how big it is tomorrow, but probably he will not be available for a couple of weeks,” Pellegrini confirmed. “We have the international break after the game on Saturday so after 15 days we will see how big the injury is and we will know how long he is out for.”