Six West Ham United loanees were in action for their respective clubs this weekend, with several enjoying great results.

In and around the top of the EFL Championship table were Josh Cullen and Charlton Athletic, who faced Brentford.

The 23-year-old midfielder put in a useful display to help break up the play in midfield, with the Addicks surviving several late scares to claim a hard-fought 1-0 win and move up to second position.

Diangana once again made an impact for the Baggies off the bench, coming on at half-time to inspire his side’s fightback in a 1-1 draw away to Derby County.

Diangana made several surging runs during the second period, impressing with his dynamism and trickery, including at one point nutmegging Derby’s Richard Keogh before crossing for Jake Livermore to fire over from six yards.

Having fallen behind to a first-half penalty and survived the concession of another, West Brom would themselves level from the spot in the 83rd minute through Kenneth Zohore, preserving their unbeaten start to the season and moving up to eighth – despite a late red card for manager Slaven Bilic. 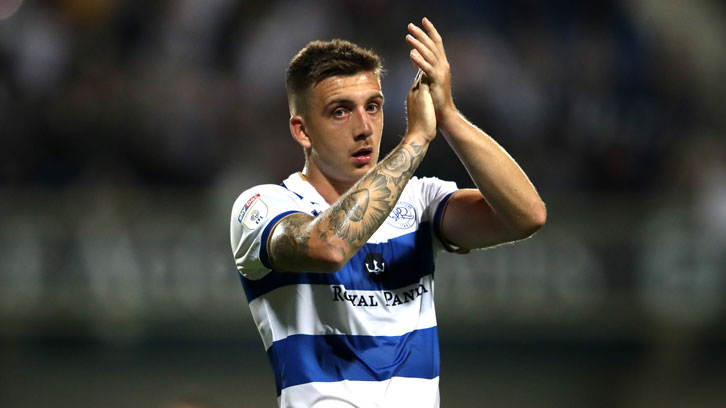 Wigan went ahead after just two minutes played and held out until the halfway mark but, within minutes of the restart, Hugill’s attempted pull-back deflected to teammate Nakhi Wells, who converted from close range.

After Ebere Eze’s free-kick put the home team in front on the hour-mark, Hugill would produce an unfortunate miss from close range, but made amends with a sumptuous curling effort with ten minutes remaining.

Sead Haksabanovic was another goalscoring loanee this weekend in Sweden's Allsvenskan, where his second strike in as many games helped IFK Norrkoping to a 5-0 thrashing of Henrik Larsson’s Helsingborg.

In a match which the home side dominated, the young Montenegro international was involved in neat passing moves which led to the opening two goals. And with ten minutes remaining, Haksabanovic drifted forward from midfield and found time and space to fire the ball across the goalkeeper and into the net.

The result sees Haksabanovic’s side remain in sixth position, but now only four points off a potential UEFA Europa League qualification spot.

Back in England, in League One, Nathan Trott endured a difficult afternoon as AFC Wimbledon fell to a 3-1 defeat against Sunderland at the Stadium of Light.

The 20-year-old goalkeeper had little chance with any of the home side’s goals, Sunderland’s Chris Maguire running riot with a clinical hat-trick, but did produce one impressive stop to deny Aiden McGeady at the near post.

Elsewhere, Norwegian winger Martin Samuelsen made a second-half appearance off the bench for FK Haugesund, but saw his side concede twice to Lillestrom in a 2-0 home defeat that saw them remain in mid-table in the Eliteserien.