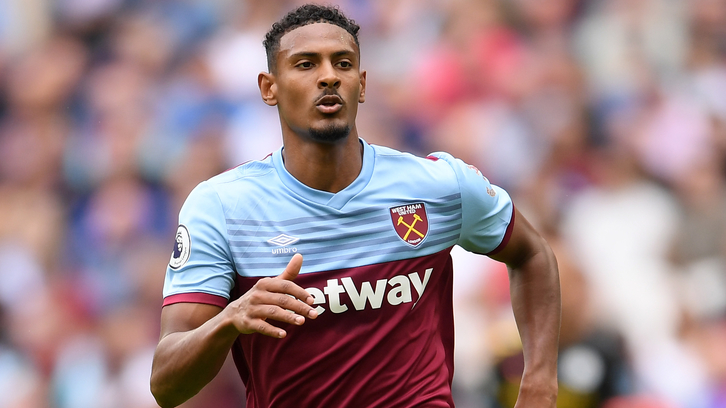 West Ham United have made four changes to the starting XI for this afternoon’s Premier League clash with Watford, with captain Mark Noble, Sebastien Haller, Felipe Anderson and Andriy Yarmolenko returning to the side.

Manager Manuel Pellegrini indicated during his midweek press conference that he had an almost full squad to choose from for Saturday’s match at Vicarage Road, and that has proved the case this afternoon.

Noble, Haller and Anderson all missed out on the draw away to Brighton & Hove Albion last weekend, but the trio return to the side after each recovered from their respective injuries.

Pellegrini has opted to name the same five players in goal and across the defence, meaning Hammer of the Year Lukasz Fabianski, Ryan Fredericks, Issa Diop, Angelo Ogbonna and Arthur Masuaku all retain their places in the side.

Declan Rice continues in midfield and partners Club skipper Noble for the first time this season, who himself steps into the team on the 15th anniversary of his first senior team appearance for the Irons.

Manuel Lanzini also retains his place, and will be flanked by Anderson and Yarmolenko, who step into the side in place of Robert Snodgrass and Pablo Fornals.

Haller will lead the line for the Irons, after making his competitive debut at home to Manchester City two weeks ago.

Fornals drops down to the bench and is joined by goalkeeper Roberto, Pablo Zabaleta, Fabian Balbuena and Carlos Sanchez. Michail Antonio and Albian Ajeti complete the matchday squad for the Hammers against the Hornets.