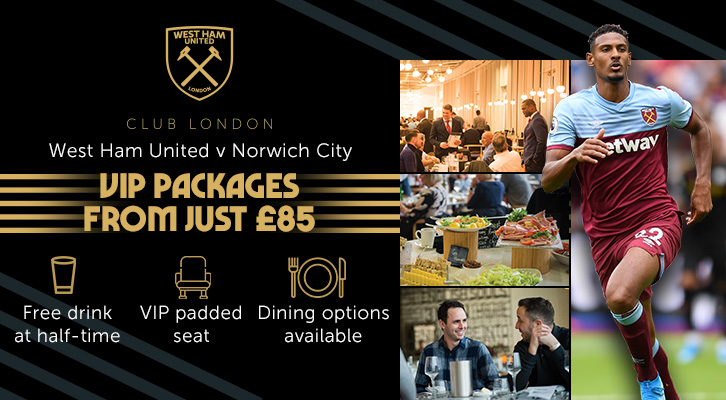 Make your matchday one to remember with one of our premium hospitality packages, with guest appearances from first-team players and Hammers legends, VIP padded seats, a complimentary drink at half-time and more!

If you’re celebrating an occasion or looking to arrange a special day out with friends and family, we have a range of Club London matchday experiences from exclusive supporter bars to first class restaurants with stunning pitch-facing views.

Soak up the pre-match atmosphere as the Hammers prepare to face newly promoted Norwich City on Saturday 31 August in Premier League action in one of our Supporter Bars, just seconds from your halfway line seat, for just £85!

Adding another unique element to your matchday, you could be rubbing shoulders with Hammers players from present and past.

Alongside fellow new signing Goncalo Cardoso, Club captain Mark Noble and Arthur Masuaku, Albian Ajeti visited the Club London lounges before our last home game against Manchester City and said: "It was great to meet some of the Club’s fantastic fans so soon after joining West Ham United.

"It’s well known how passionate and loyal the Hammers supporters are, and I really enjoyed spending time with them in what are great surroundings." 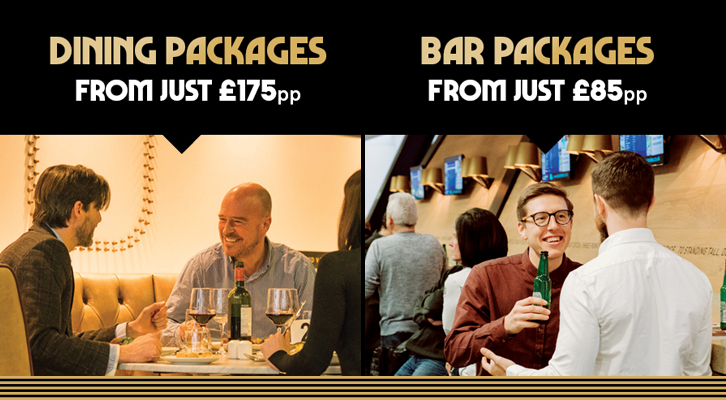 Or make your matchday even more special with one of our Club London restaurant packages from just £175, which include:

Don't miss the chance to upgrade your matchday experience for the Hammers clash against the Canaries on 31 August - secure your seat now by calling our team on 0303 031 1968. Phone lines are open 9am-5pm Monday to Friday.

Pablo Fornals: I’m happy for my first point in this league