Zabaleta: We need to focus on the here and now 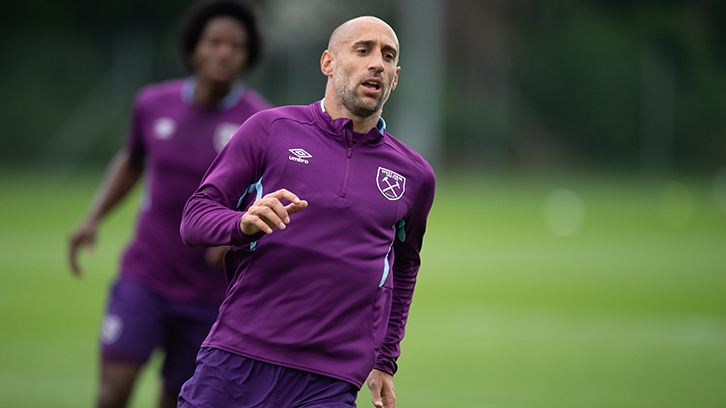 West Ham United should concentrate on taking each game as it comes as they travel to Brighton & Hove Albion, Pablo Zabaleta believes.

With talk of aiming higher this season, the Argentinean right-back, who is in his third full season with the Hammers, has echoed his manager in preaching caution at the prospect of focusing on a particular Premier League position when there are so many matches left to play.

Looking to bounce back from last weekend’s opening home defeat to Manchester City, Zabaleta said: “We don’t need to talk too much about seventh position now - it’s only one game we’ve played so far, and there’s still 37 games to go until the end of the season.

“With the experience that we’ve got here now, we know that every single game is going to be difficult. We just need to think about the next game, which is away to Brighton, and at the end of the season we can see if it’s been a successful one.”

Zabaleta, who appeared 26 times to help the Irons.get a top-ten finish in the Premier League last season, picked out numerous facets to Brighton's game that the side will need to be wary of this weekend.

“You cannot underestimate Brighton,” he continued. “They’ve got a new manager, and they’ve kept most of their players from last season. They’re playing probably with five at the back now, which is a different system for them, but they’ve still got so much quality in that team.

“Set pieces are something we need to be aware of. They’ve got a few top players who can make the difference from set pieces. They’ve also got good memories of playing us in previous years, but hopefully we can put in a good performance and get three points from Saturday.” 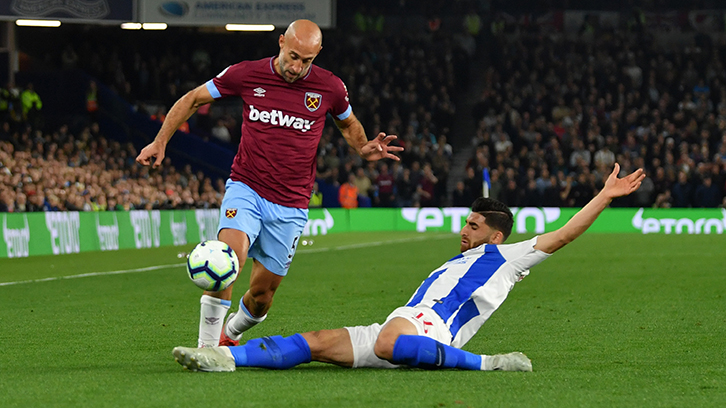 West Ham also have some new threats of their own to boast this year, and Zabaleta is looking forward to seeing the summer’s squad acquisitions benefit the team in the long-term.

He said: “We know that we’ve brought some good players into the team. They’ll just need time to adapt to the new league - a new country is always difficult for new players.

“We’ve been working for one year with the manager now, so we know exactly what we have to do on the field, and now we’ve got a great squad, with two good players in every position which provides healthy competition between us.

“We know that defensively, we need to improve moving forwards, because we’ve got so much quality up front. The guys are going to score goals, so clean sheets are going to be huge for us this season.”

It’ll be the graft that the Irons put in which will ultimately define their campaign, Zabaleta believes: “We just need to go game-by-game and see how far we can go this season.

“We finished tenth last season, and hopefully we can improve on that. We should also think about the domestic cups this year and try to do better than in our previous seasons.

“We just need to keep working hard, as we have done for the last year, and see if we can get seventh spot to give West Ham the chance to play in European competition.”