The Norwegian international became the Irons’ seventh signing of a busy and ambitious transfer window, capping a successful summer which also saw Kvamme named in her nation's squad for the Women’s World Cup in France.

Kvamme cannot wait to begin life as a West Ham player and said the strong first campaign in the top-flight for the Irons made her move to Rush Green Stadium an easy decision.

“The ambition of this side is a huge motivation to come and play for this club. It’s a team that wants to develop, climb higher up the league, and be as good as possible.” 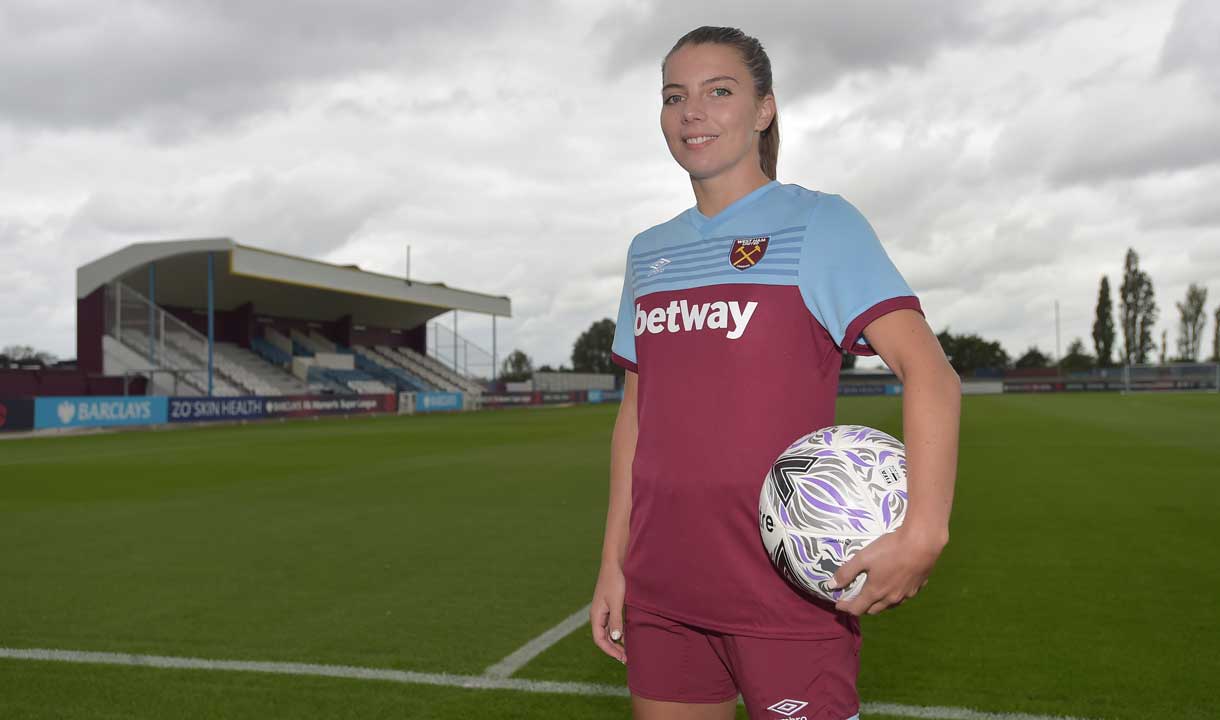 In signing for West Ham, Kvamme will work under head coach Matt Beard, and the right-back is excited to begin training with the experienced manager.

The defender is impressed with how much the Hammers boss already knows about her game and style and is looking forward to learning more from the head coach.

She continued: “I like the philosophy here and the way that Matt wants to play. After talking to Matt, the decision to sign for West Ham was easy. He has watched a lot of my old matches for my old teams and he knows all about my strengths and my weaknesses.

“I think that he is a coach that can develop me as a player. He has told me that he likes my quickness and my crosses so I hope that I will be able to help the team get some goals.”

After the biggest summer of her career so far, Kvamme is pushing to improve even further and is excited for the beginning of her first season as a Barclays FA Women’s Super League player.

She added: “Going to the World Cup was a huge experience for me. It was almost unreal. I have never been to anything like that before.

“There was many thousand people in the stadiums who watched us play; it was so good, and it has given me motivation to work even harder.

“Now I’m really excited for September when the season starts, and I’m excited to play in front of the West Ham fans. I can’t wait to get going."