Dean Ashton: My final goals for West Ham United will always be special 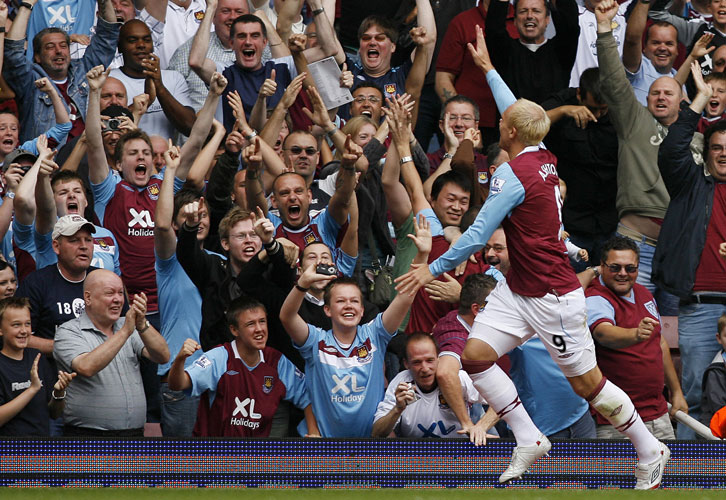 Dean Ashton's career will always raise the question: What would have happened if he had not suffered a career-threatening injury in training with England?

The centre forward's form in his first half-season with West Ham United, when his goals helped the Irons reach the FA Cup final, had earned him a call-up from new England manager Steve McClaren for a friendly international with Greece at Old Trafford in August 2006.

However, Ashton's dream turned into a nightmare when he suffered a broken ankle during training - an injury that would simply not clear up completely and ultimately announce his retirement in December 2009. He was just 26.

Thirteen months before that announcement, on 16 August 2008, the striker scored what turned out to be the final goals of his professional career, when he netted both in the Hammers' 2-1 Premier League win over Wigan Athletic at the Boleyn Ground.

Reflecting on that day, Ashton said he will never forget the welcome and support he received from the Claret and Blue Army, both on that afternoon and throughout his West Ham career.

"Opening day is always an exciting time and I had come back from injury the season before, had a really good pre-season in the summer of 2008 and felt really fit, strong, healthy and lean," he recalled. "So, to get off the mark for the new Premier League season with two goals in a home win over Wigan Athletic at the Boleyn Ground was great.

"The first one was a tap-in and then I turned and fired one into the roof of the net, and I really felt like I was getting back to that [2006] FA Cup final level of performance.

"Obviously, things didn’t turn out like that, but they were the last two goals I scored for West Ham, so they will always be special to me.

"I had come back and done OK the season before, but there were still some question marks over my fitness and level of performance. So, to come out and hit the ground running with two well-taken goals, it was nice to finish my goalscoring career like that, in hindsight."