Ben Johnson: I just hope I can catch the manager’s eye 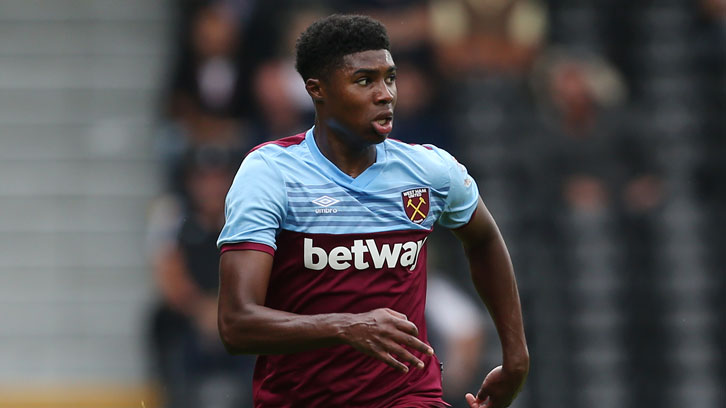 As a player who has been with the Club since the age of seven, it is only natural that Ben Johnson is desperate to help West Ham United pick up their first Premier League points of the season on Saturday.

The Hammers head to Brighton & Hove Albion bottom of the table after kicking-off with a humbling 5-0 defeat by champions Manchester City at London Stadium, while the Seagulls produced arguably the performance of the weekend, winning 3-0 at Watford in Graham Potter’s first game in charge.

Teenage full-back Johnson, who could be drafted into Manuel Pellegrini’s squad after missing the opening game, would love to play his part as the Irons seek to get off the mark at the Amex.

I’m training and playing with some of the best players in the world, so I just hope I can catch the manager’s eye

“There are a lot of players and everyone is fit right now, so I just want to do my best and not be afraid to make mistakes and try my hardest,” said the No53, who made his one senior performance so far at Manchester City in February.

“I’m training and playing with some of the best players in the world, so I just hope I can catch the manager’s eye. I’ll try and do things properly every day and just be professional and be patient for an opportunity.

“I’ve played against Manchester City, but that doesn’t mean I should be in the starting eleven every week, as it doesn’t work like that. I need to be patient and bide my time. If I am asked to train and play with the 23s, then fair enough, but I’ll be ready for that opportunity.” 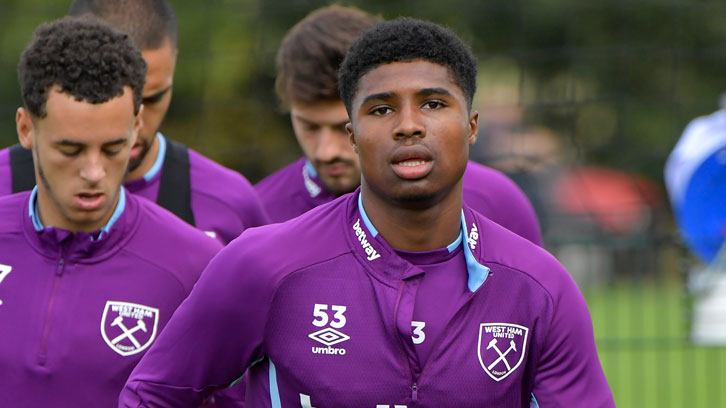 Whether he is involved or not, Johnson says a first win of 2019/20, achieved at a stadium West Ham have never tasted victory at in the Premier League, would be a huge boost to the Irons’ confidence.

“Of course, you want to start the season strongly, but Manchester City are a top-quality side who have won the Premier League in each of the past two seasons, but we’ve got a similar calibre of players going forward and I think we’ll carry a similar threat to our opponents going forward,” he observed.

“To be fair, I like the way the manager goes about it, telling us we shouldn’t fear Man City because we’ve got the firepower. When it was 2-0, if Chicharito’s shot goes in, you never know what might have happened. There is no guarantee they would have won.

“We should stay confident. That was just the first game and we’ve got another 37 games to go. Last season, we got over 50 points with signs of inconsistency, but now we’ve got a good team ethos and want to build on that in the manager’s second season.”