Carabao Cup second-round draw: All you need to know 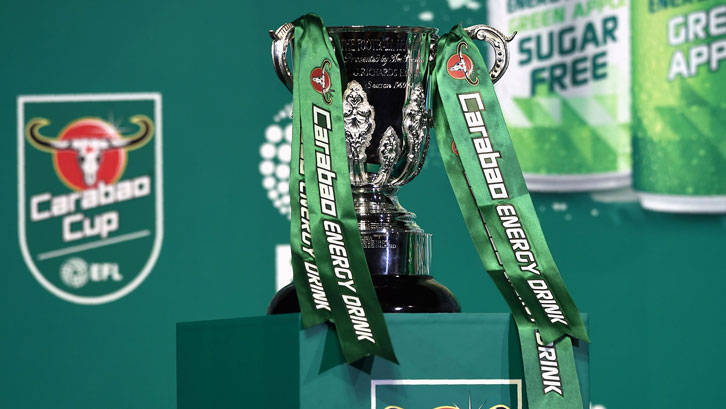 West Ham United will discover their Carabao Cup second-round opponents when the draw is made live on Sky Sports on Tuesday evening...

Where and when can I watch the draw?

Hosted by Sky Sports presenter Laura Woods, the draw will be conducted following the conclusion of Salford City’s first-round clash with Leeds United, which kicks-off at 7.45pm.

News of West Ham’s opponents will also be published on whufc.com and the Club’s social media channels.

The Hammers have been allocated ball number 9 in Tuesday’s draw.

The draw will feature 50 clubs in total, including the Hammers and 12 other Premier League clubs, EFL Championship sides Cardiff City and Fulham and the 35 first-round winners.

Portsmouth are already through, having defeated Birmingham City on 6 August, with the 34 other first-round ties being played to a conclusion on Tuesday 13 August.

The second-round draw will be regionalised into North and South sections, with fixtures scheduled to take place week commencing 26 August.

West Ham have never won the EFL Cup, despite entering the tournament every season since its introduction in 1960/61.

The closest the we have come was when we reached the final and were beaten in 1965/66 by West Bromwich Albion and 1980/81 by Liverpool.

When will the fourth round be played?

Second-round ties will be played in the week commencing Monday 26 August.