Felipe Anderson: We have the quality to do much more 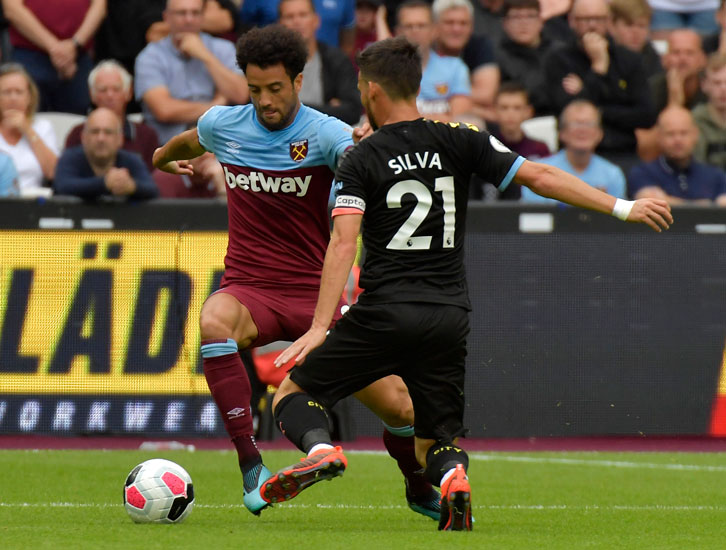 Felipe Anderson admitted West Ham United did not hit the levels they expect of themselves in Saturday’s opening-day Premier League defeat by Manchester City.

The Hammers matched the champions for long spells of the opening 45 minutes at London Stadium, only to go in a goal down at half-time, before conceding four more times after the break.

The Brazilian winger, who was forced off with a ‘small’ leg injury during the second half, said the Irons had been ready for the challenge of facing Pep Guardiola’s men, but things did not go to plan on the day.

We have the quality to do much more, but we will keep on working and I’m sure things will be better soon

“The team felt prepared but I think that the first games of the season are harder because you are still getting your grips on details,” he explained. “We were happy before the game because we were playing in front of our people and that’s always a pleasure, but we weren’t where we wanted to be.

“For sure we expected to do better. We hoped we could get a better result playing at home, but it was hard because they are an excellent side, who played a fantastic match. We need to keep on fine tuning things in order to be where we want to be.

“Our coach always wants to have the ball, to attack, to take the game to our rivals. Unfortunately, in this game we couldn’t be as offensive as we would have liked. We have the quality to do much more, but we will keep on working and I’m sure things will be better soon.” 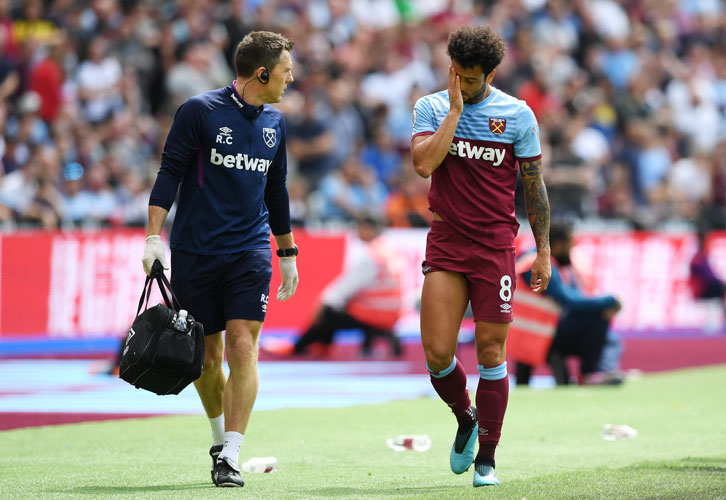 When asked about the injury that saw him replaced midway through the second half, the No8 downplayed fears of an extended absence.

“I picked up a small injury,” he confirmed. “I tried to get back in, but I think it’s good that I didn’t because we’re just starting the season and I have all the rest of the season to play.”

And, speaking in general terms about the season ahead, Felipe Anderson says West Ham are not about to allow one defeat by the best team in the country to destroy their confidence.

He concluded: “Last season was really good, I adapted really quick I hope that this year we can do better, individually and also collectively and that we can be able to try to win every match no matter the rivals.”