West Ham United manager Manuel Pellegrini says he does not believe his team’s performance was reflected in Saturday’s 5-0 defeat by Manchester City.

A hat-trick from Raheem Sterling and goals from Gabriel Jesus and Sergio Aguero saw the reigning Premier League champions win at London Stadium on a difficult afternoon for the Irons.

Pellegrini admitted his side knew they were in for a difficult match against his former side but believes the performance was not one that merited losing in such fashion.

“We knew before the game that it would be a difficult game against Manchester City,” Pellegrini said. “It’s difficult to talk when you lose 5-0 in a game. I don’t think the score reflected the difference between the two teams.

“In key moments there were key factors; we were very unlucky. The first goal they scored was lucky. It cleared off our defender. After that, we had a couple of chances to make it 2-1.

“I don’t think we must analyse the performance of the individual players against Manchester City. I think we must play as a team. Especially in the first half, I was happy with the way we played. We concede goals in the second half where we gave too much time and space to a team with great players.”

The system benefited both West Ham and City at different points of the contest and the manager believes the video reviews proved to be fair. 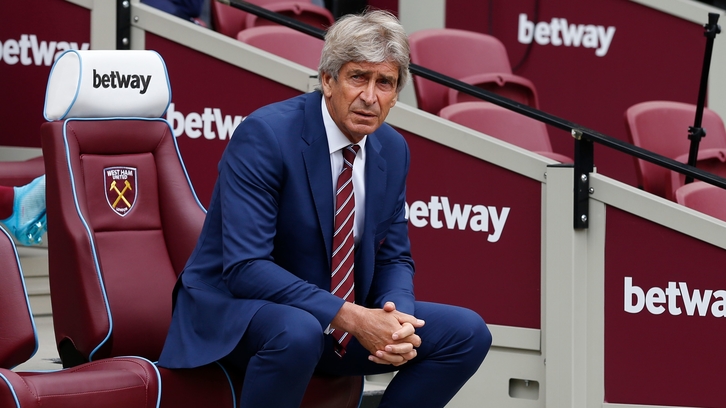 Despite losing the match, Pellegrini feels the game will prove useful for his side in the long run and backed the Irons to improve in their upcoming matches, with a trip to Brighton & Hove Albion up next.

He added: “We have a picture from today. This game will be useful. We know the Premier League is a difficult league. We will review the game.

“Manchester City did 13 fouls and we did five, so we can be a bit more aggressive. We need to improve in defence but I’m sure we have a good squad and we will have good results.”