Alese: We can't wait for the season to kick-off 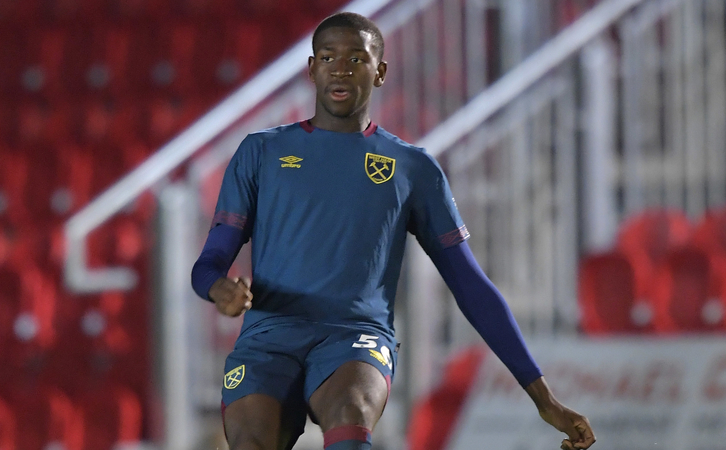 The match will be manager Dmitri Halajko’s first competitive game in charge of the U23s after he took over during pre-season.

The U23s were kept busy during pre-season after returning to training in late June. The academy side then played six games in three countries during the month of July.

An ever-present during pre-season was central defender Ajibola Alese who started all six fixtures for the Hammers, scoring once against FK Humenne whilst on tour in Slovakia.

The 18-year-old was the recipient of both the academies player awards last season for his outstanding performance during the 18/19 campaign.

I was extremely proud to be presented with both the Doris Bell and Dylan Tombides award last year.   Ajibola Alese

“I was extremely proud to be presented with both the Doris Bell and Dylan Tombides award last year” he said. “Both awards have been won by some very talented players over the years, to be placed in the same bracket as them, it’s a massive honour.”

The U23s endured a difficult year last season and were relegated back down to second division of PL2, something this year’s squad is eager to put behind them says Alese, starting with Friday’s game against Fulham.

“I think the goal for the U23s this season has to be to be promotion back to the top division and also to have a good cup run in the EFL Trophy.

We’re expecting a good game on Friday. despite the fact we were relegated last season. We believe the quality in Division 2 is just as good as in Division 1, so we are not expecting an easy game or an easy season at all”.

The long off-season and pre-season have made the U23s squad hungry to get back into competitive action.

“This is what we have worked all pre-season for. Everyone cannot wait to kick off against Fulham. We’ve all been working extremely hard in the last six weeks so yes; we can’t wait to start the season again.”

The unbeaten pre-season has seen West Ham put in some excellent performances and Alese puts this down to the arrival of the new manager.

“Dmitri has had a big effect on the squad. First of all, he has earned the players respect quickly which is not easy. and had also instilled some ethics and morals on the way we want to play and present ourselves this season.”

The U23s head into the season on a high after a dominant 6-0 win over Anderlecht in Belgium last Friday, in what was undoubtedly their most impressive of the pre-season programme.

“It was very important to get a good result against Anderlecht, now we want to try and carry that win into the season and hit some positive form. It wouldn’t have been great if we had to bounce back from a loss in the last game and then face Fulham just a week later.”

West Ham United U23s continue their PL2 campaign next Saturday 17 August with a long away trip to Newcastle United.

The next PL2 game at the Chigwell Construction Stadium in Dagenham takes place on 23 August against Reading.