West Ham United are delighted to announce the signing of Switzerland international striker Albian Ajeti from FC Basel for an undisclosed fee.

The 22-year-old joins the Hammers on an initial four-year contract, with an option to extend for a further two seasons.

Ajeti, who played his final game for the Swiss Cup holders in a Champions League qualifying win over PSV last week, has scored more than 40 goals over the past three seasons and is considered to be one of European football’s most promising young centre forwards.

“I’m very excited to be here,” said the striker, who will wear the No27 shirt. “It is a pleasure for me to be here, at this big club.

“Once I felt West Ham’s interest, I didn’t have to think twice about signing for such a big, traditional club in the Premier League. This is a big day for me and my family.”

Once I felt West Ham’s interest, I didn’t have to think twice about signing for such a big, traditional club in the Premier League.

Director of Football Mario Husillos is delighted to welcome Ajeti to West Ham and is looking forward to seeing the striker progress and develop with the Hammers.

“We are very happy to welcome Albian to West Ham United. He is another very young player who we believe can have a big future at the club,” said Husillos.

“Our scouts have watched him many times and given very good reports. He is an aggressive, quick striker who likes to play in the box.

“He has scored a lot of goals, both for Basel and the Switzerland national team at a number of levels, and we feel he is ready to make this big step with West Ham.

“Our approach this summer – not counting the experienced goalkeepers who have arrived – has been to sign young players who have their best years in front of them and can have a good impact.

"We believe Albian is ready to perform from the beginning, but we also think that an international player of 22-years-old can improve greatly working with us. We wish him all the very best in his career at London Stadium." 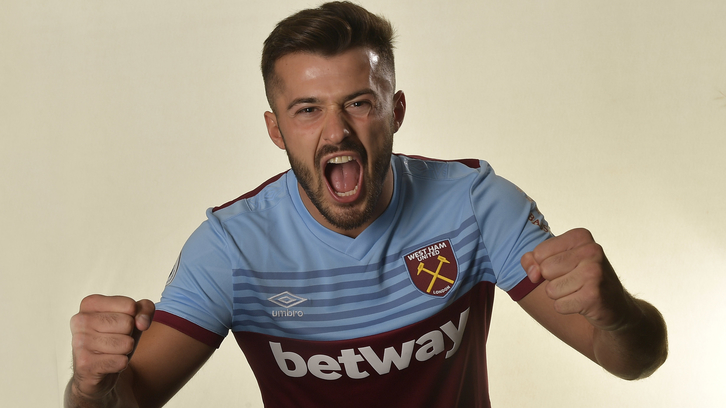 Ajeti was born in Basel, where the schoolboy Albian began his career with the city’s eponymous club at the age of eight.

A precocious talent, Ajeti won a succession of trophies as a youngster, playing alongside his twin brother Adonis, before signing his first professional contract at the age of 16 in April 2013. Three months later, he scored his maiden senior goal, netting the winner in a pre-season victory over German side RB Leipzig.

Ajeti was just three weeks past his 17th birthday when his competitive debut, in a UEFA Europa League round of 16 tie with RB Salzburg in March 2014, with a Swiss Super League bow against FC Thun following three weeks later. 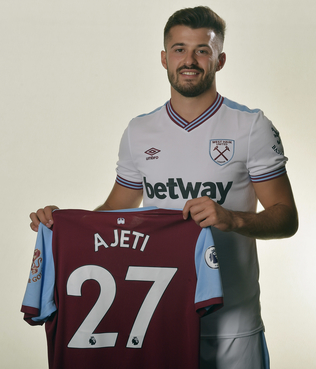 The 2014/15 season saw Ajeti score regularly for Basel’s U21 side in the third-tier Promotion League, while a maiden senior goal arrived in the final Super League game of the campaign – the winner in a 4-3 victory over St Gallen as Basel ended the season as champions.

Ajeti netted three goals in four appearances for Basel at the start of 2015/16, before being transferred to German club Augsburg. He returned to Switzerland in summer 2016, joining St Gallen, scoring 14 goals in 38 appearances, before heading back to Basel in October 2017.

Since then, his game has moved to a new level, with 29 goals in his last 58 Super League games, in addition to important strikes in the UEFA Champions League and UEFA Europa League qualifying rounds.

Th at form earned him a senior international debut for Switzerland, which he marked with a goal in a UEFA Nations League win over Iceland in September 2018. He has three senior caps so far and was part of Switzerland's squad at the Nations League finals in June.

Ajeti has kicked-off the current campaign in style, with a goal and two assists in Basel’s opening-day 4-1 Super League win over Sion and a superb individual goal in the Champions League second qualifying round first leg at Dutch side PSV.

West Ham United would like to welcome Albian to London Stadium and wish him every success for his career in Claret and Blue.