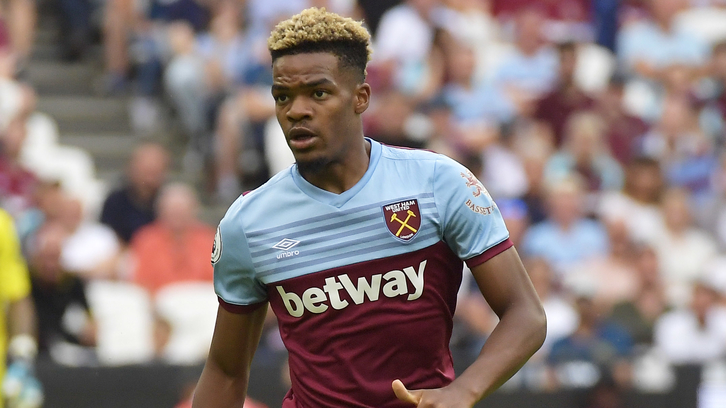 West Ham United can confirm that Grady Diangana has joined Championship side West Bromwich Albion on loan until the end of the 2019/20 season.

The 21-year-old enjoyed his breakthrough campaign with the Irons last season, scoring twice on his senior debut in an 8-0 Carabao Cup win over Macclesfield Town.

Just three days later, Diangana would make his league debut for West Ham, appearing as a substitute in the 3-1 home win against Manchester United.

The winger would make 21 appearances in all competitions for Manuel Pellegrini's side and most recently scored in the Irons' 5-3 pre-season victory versus Hertha Berlin.

Diangana will now spend the season with the Baggies, under the tutelage of former West Ham manager Slaven Bilic, as the Academy graduate continues his development and looks to help West Brom in the second tier of English football.

Everyone at West Ham United wishes Grady all the best during his loan spell at The Hawthorns.