Hammers lose out to Athletic Club on penalties in Betway Cup 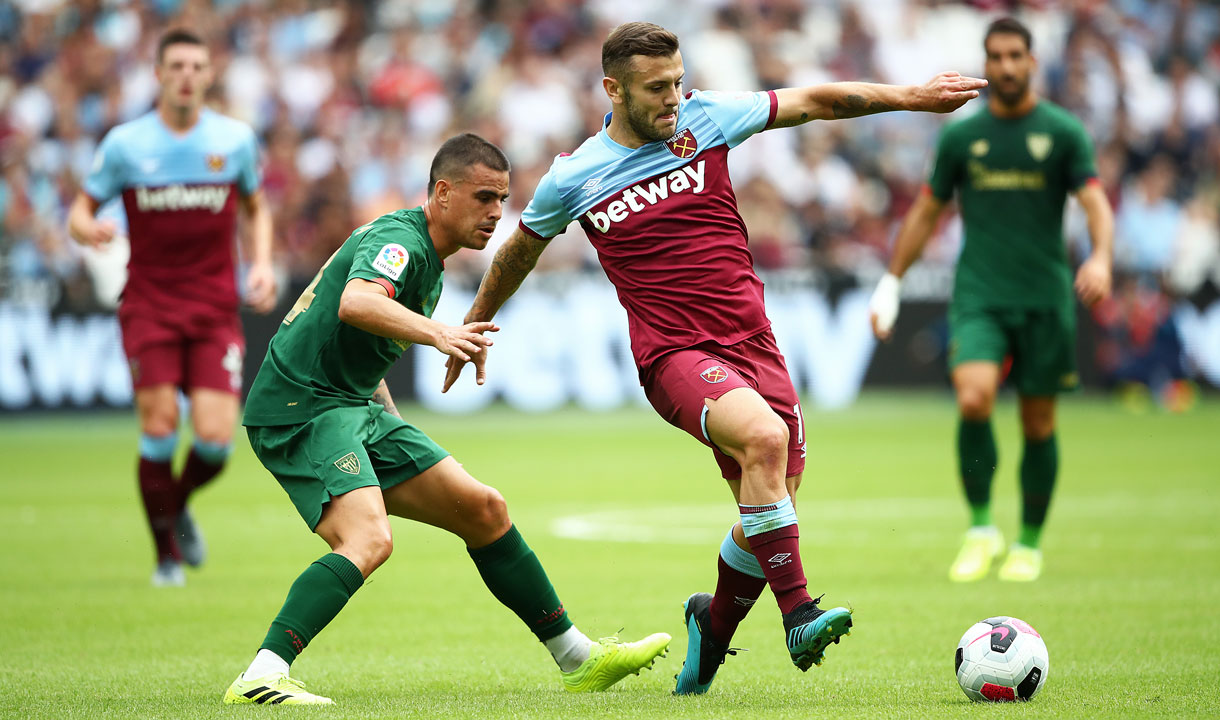 Athletic Club claimed the Betway Cup on penalties after an entertaining 2-2 draw at London Stadium on Saturday.

All the goals came within the opening 23 minutes of a thrilling opening to the game, as Bilbao moved into a two-goal lead through Sebastien Haller’s own goal and Inaki Williams’ close range finish.

But West Ham came roaring back with two goals of their own inside 85 remarkable seconds, as Manuel Lanzini notched his third goal of pre-season and Jack Wilshere levelled.

Somewhat surprisingly, that marked the end of the goalscoring and after Chicharito and Grady Diangana missed from the spot, Yuri Berchiche’s successful penalty sealed a 4-2 shootout success for the visitors.

It was an incident-packed opening to the game and the Hammers made the worst possible start, falling behind to Haller’s unfortunate own goal in the second minute.

The visitors won a corner down the left hand side, and after working it short, Unai Lopez’s cross was directed towards the near post. Haller attempted to clear, but ended up slicing the ball past a helpless Roberto.

It got worse before it got better for the home side too, as 14 minutes later Athletic doubled the advantage.

This goal came from a more conventional source, with Williams, their leading goalscorer last term, making the right run towards the near post to slide home after Munain found space on the right hand side to thread a low cross into the area.

The early double blow threatened to deflate the near-40,000 crowd inside London Stadium, but West Ham were having none of it and in keeping with their entertaining pre-season were level within just seven minutes.

Record signing Haller was involved in both goals, combining nicely with fellow new-boy Fornals to lay on the first with 21 minutes gone.

His neat ball into the box found Fornals, whose touch allowed him to hook the ball over his shoulder towards goal, where Lanzini was waiting to turn into the net.

Then, just two minutes later, Haller sold Capa a dummy on the left flank, allowing him to get to the by-line and cut back to Wilshere, who swept into the bottom right hand corner.

It was a breathless first quarter of the match, and the only surprise that no further goals had been added by the time referee Michael Oliver called an end to the opening period.

Early in the second period, Felipe Anderson warmed the palms of Bilbao stopper Unai Simon with a well-struck shot from inside the box, before Haller tested the keeper again on the rebound.

At the other end, former Tottenham youngster Berchiche wasted an excellent opportunity when he dragged wide of the far post when well placed in the left channel.

Changes came for both sides, but still they pushed for a winner and Grady Diangana was inches away from finding it four minutes from the end, but his glancing header from an Andriy Yarmolenko cross flew inches over the top.

Then, in the final moments Angelo Ogbonna sent a header wide from a left-wing corner, so penalties were needed to decide the destination of the Betway Cup.

Andriy Yarmolenko and Robert Snodgrass tucked their spot-kicks away, but Chicharito's and Grady Diangana's misses gave Berchiche the chance to claim victory, and he made no mistake to send the Betway Cup to the Basque Country.