Defender Baunach, who is also capable of stepping into midfield, becomes the women’s fifth signing of the summer and will wear the No11 shirt for the Barclays Women’s Super League side.

“I’m really excited to join West Ham United,” Baunach told whufc.com. “This is a new experience for me and I’m really glad to get the opportunity to be here and play for this amazing club.

“You can see that the English league has grown so much and, for me, it’s the most exciting league in the world right now. It’s a new challenge that I’m ready for, and I’m so happy to be here.” 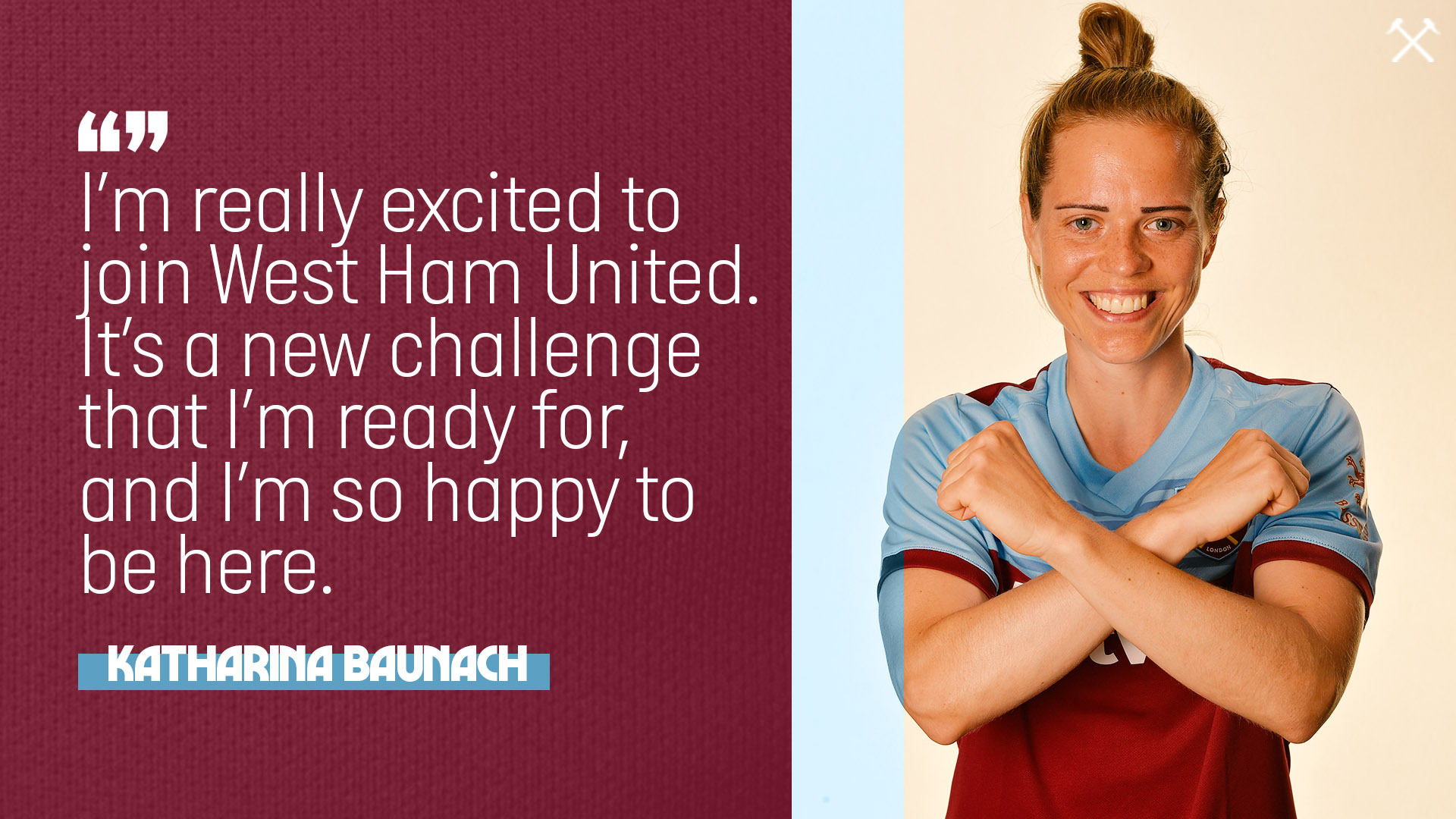 Head coach Matt Beard has welcomed Baunach to his Hammers side and is delighted to add such an experienced winner to his team.

He said: “I’m delighted to welcome Katharina to West Ham United. In her, we have brought in a talented and experienced defender who is capable of playing in a number of roles.

“In addition to signing a very talented footballer, we have also got another fantastic personality and voice in our dressing room. I’m looking forward to working with Katharina throughout the season.”

Born in Würzburg, Germany, Baunach made the move to Bayern Munich as a teenager, in 2006, and scored the opening goal on her debut for the side in a 4-1 victory over Hamburger SV.

An eleven-year spell with the Bavarians saw Baunach claim their first two Bundesliga titles – in 2015 and 2018 – and also won the Bundesliga Cup and the DFB Cup in 2011 and 2012, respectively. 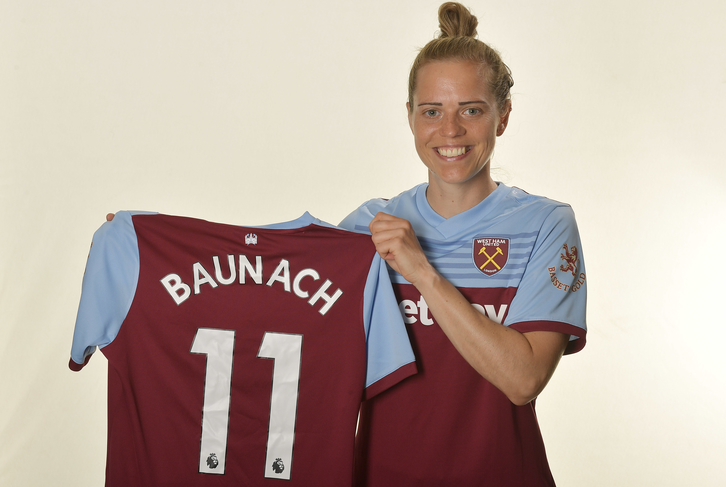 After 286 games for Bayern, Baunach departed to sign for Wolfsburg in 2017. Once again, the defender found success with her club side, claiming the Bundesliga title in 2018 before helping the team to retain the title last season.

With Baunach’s help, Wolfsburg would make their two years of league success back-to-back double-winning campaigns, with the team also claiming the DFB Cup in both her seasons with the side.

At international level, the 30-year-old has represented Germany up to senior level. Baunach won the Nordic Cup in 2005 with the Under-17s before becoming an Under-19 European Champion in 2007, with the Germans claimed thanks to a 2-0 win over England in the final.

Baunach made her full Germany debut in March 2009, playing in two Algarve Cup matches against Finland and China; games that her side would win 2-0 and 3-0.

Everyone at West Ham United would like to welcome Katharina to the Club and wish her every success in Claret and Blue.

Watch every episode of season one of 'Britain's Youngest Football Boss' on BBC Three now here!