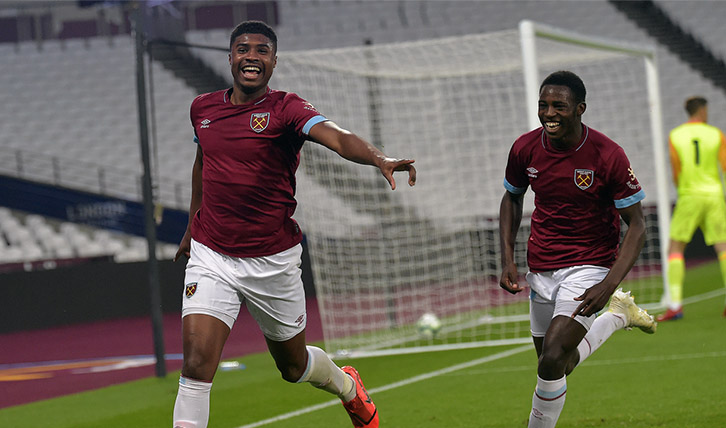 Ben Johnson admitted his first ever U23 goal was a bittersweet moment, after the strike came in Monday’s 2-1 victory over Everton after which West Ham United’s U23s were relegated to Premier League 2 Division 2.

The Hammers went into the clash against the Merseysiders – who were crowned league champions two weeks ago – knowing only a win would see them in with a chance of survival, however Tottenham Hotspur’s 3-1 win over Derby County meant the result over the Toffees was ultimately in vain.

Grady Diangana gave the hosts the lead in the 25th minutes after great work from Xande Silva and Nathan Holland, and Johnson crashed Steve Potts’ men two in front in the second half, smashing in from 25-yards after Conor Coventry’s lay-off.

But for the full-back, more important was the bigger picture and the youngster explained his disappointment after learning of Spurs’ win over the Rams.

“All the boys are so disappointed,” he said. “We were just focused on what we had to do tonight, in the end we left it too late.

I’m happy with my goal and my first for the 23s but it’s a bittersweet moment because of our outcome of the season. 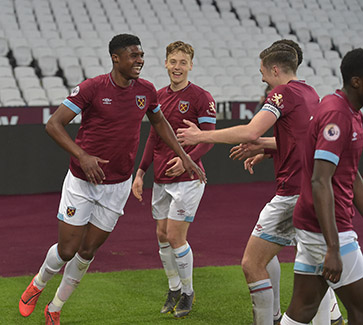 “This calendar year we have played some really good football with a lot confidence. We are a talented bunch of boys and as I said before, on our day we can beat anyone.

“We did that tonight and we played really well. I’m happy with my goal and my first for the 23s but it’s a bittersweet moment because of our outcome of the season. I have the capability of scoring goals I just need to get in the right positions

“As soon as it went through the defender’s legs I was confident it was going in.”

Johnson celebrated his maiden strike by running around in circles, a routine he later explained.

“The celebration was a joke we had on the training ground yesterday!” he laughed. “Conor and Kempy [Dan Kemp] were chasing around in the boxes, and I said it looks like they are in a washing machine!

“Pottsy [Steve Potts] said if you score tomorrow you have to do the celebration and luckily I was able to.

“It was a good moment for me. My season has been full of ups and downs but I have thoroughly enjoyed it and the disappointment for us all tonight, and for me, will only further our development.”