Loan watch: Cullen and Browne both score in League One 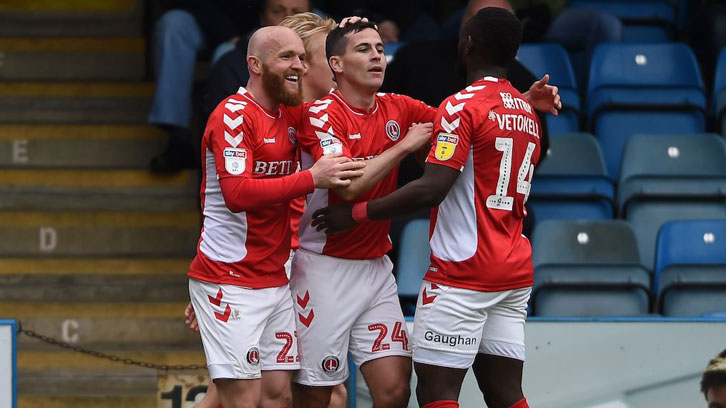 Josh Cullen scored his first goal for Charlton Athletic as Lee Bowyer’s side maintained their EFL League One Play-Off push with a 2-0 win at Gillingham.

The Republic of Ireland U21 captain was on hand to smash home after Gills goalkeeper Tomas Holy had spilled a shot from Jonny Williams, putting the Addicks 2-0 up after Joe Aribo had earlier opened the scoring.

Charlton are assured of a Play-Off place but could finish third, fourth or fifth, depending on how Portsmouth and Sunderland perform in their remaining matches and the south London team’s own result in their final game at home to mid-table Rochdale on Saturday.

In the same division, Marcus Browne celebrated his return from suspension with a goal in Oxford United’s 2-2 draw with Doncaster Rovers.

After Oxford had fallen behind, the on-loan West Ham United attacking midfielder collected a pass wide on the left before beating two defenders and firing a low show between the legs of Rovers goalkeeper Marko Marosi to score his ninth of the season.

James Henry put Oxford in front before Nico Jones put through his own net, leaving Karl Robinson’s side eleventh in the table.

Jordan Hugill was booked during his four minutes on the pitch as Middlesbrough kept their chances of reaching the EFL Championship Play-Offs alive with a 2-1 home win over Reading.

Boro sit seventh, level on points with Frank Lampard’s Derby County in the final Play-Off place, but the Rams have a game in hand and a goal difference superior by six goals.

In the same division, Sam Byram played the full 90 minutes as Nottingham Forest won 1-0 at Queens Park Rangers. The Tricky Trees sit tenth in the table with one game to play at home to relegated Bolton Wanderers on Sunday.

In League Two, Joe Powell assisted namesake Daniel’s equaliser as Northampton Town came from two goals down to draw 2-2 with Yeovil Town, relegating the Somerset club to the National League in the process.

In Sweden, Sead Haksabanovic was introduced as a 65th-minute substitute for goalscorer Christoffer Nyman as Norrkoping drew 1-1 with Malmo in the Allsvenskan. Norrkoping have now drawn four of their six league matches and sit tenth in the 16-team standings.

In Norway, Martin Samuelsen played for the final 12 minutes of Haugesund’s 1-0 Eliteserien defeat at Lillestrom – a result which leaves them sixth in the table five matches into the new season.