Holland: All we can do is win against Everton 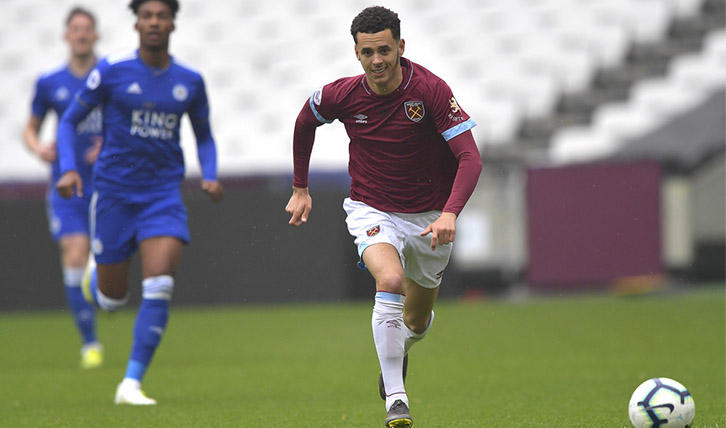 Holland’s side know only a win will do when they face the Toffees at London Stadium – in a fixture Season Ticket Holders and Claret Members can attend for free – while the east Londoners will also be relying on Tottenham Hotspur to slip up as they host Derby County.

Steve Potts’ U23s are currently two points behind Spurs, but with a much better goal difference, heading into the last fixture and can still climb out of the relegation zone with a victory combined with their London rivals failing to beat the Rams.

Holland, who has been crucial during the last part of the campaign for the U23s, is focused just on the game of football, however, and has not got his eye on the permutations and repercussions of results elsewhere.

“We know we have to win, and that’s what we will of course be trying to do,” said the 20-year-old ahead of the fixture against already-crowned champions Everton. “They have won the league already and maybe their minds will be not on the game – we don’t know, all we can do is perform well and win.

“Of course there are other results that have to go our way as well for us to stay up but we know that it’s not possible without us winning the game, so that’s the thing we have to be focused on.”

It's just another game at the end of the day. We know we have to win, and that's what we will of course be trying to do.

Holland left Everton almost two-and-a-half years ago, trading Merseyside for east London, and has played against the Toffees a number of times since.

It won’t be in his mind as he steps out on the London Stadium pitch, however, given the importance and nature of the clash.

“I’ve played against them a few times since I left and of course it’s always a match you have your eye on, but it’s just another game at the end of the day.

“I will just go out there and do my stuff – it’s what I always do. They beat us earlier this season so hopefully we can get one back on them tonight and play well.

“They have been fighting for the title in recent weeks, which they have now, and we’ve had some really tough games battling relegation, so definitely it’s a huge one.

“With the fans behind us at the stadium, that helps as well, so hopefully they can spur us on to playing really well and things might go our way here and across in north London too.”

Tickets for Monday’s fixture are free for Season Ticket Holders, though seats must be booked in advance. Supporters can do so here. Alternatively, tickets are priced at £5 for adults and £3 for concessions.