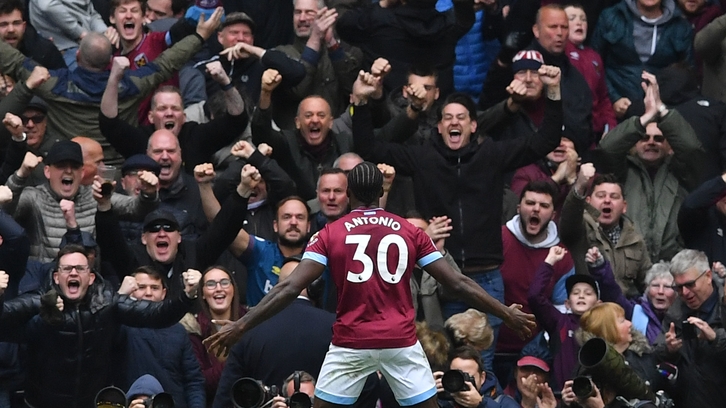 The No30 scored the first goal by an away player at Tottenham Hotspur Stadium on 67 minutes yesterday, which helped the Irons become the first team to come away from the newly opened ground with three points.

Antonio says the showings in the last few matches have proven West Ham are fully focused on ending the season as strongly as possible and was delighted to offer up a match that Hammers supporters will never forget.

We want the fans to come and enjoy the games and finish the season well, which hopefully helps us to start next season well too.

“We’ve shown in the last two games that we aren’t on holiday yet,” Antonio said. “We’re playing good football, attacking football, but the last two results maybe didn’t show that. Against Tottenham, we’ve managed to get the victory though.

“People say we’re safe and we can go on holiday, but we’re playing for the fans. We want the fans to come and enjoy the games and finish the season well, which hopefully helps us to start next season well too.”

Antonio has developed a knack for scoring history-making goals, having also netted the first Premier League goal at London Stadium when West Ham made the move to Stratford.

The 29-year-old knows playing Tottenham is always special for West Ham fans and was thrilled to score a winner for them. 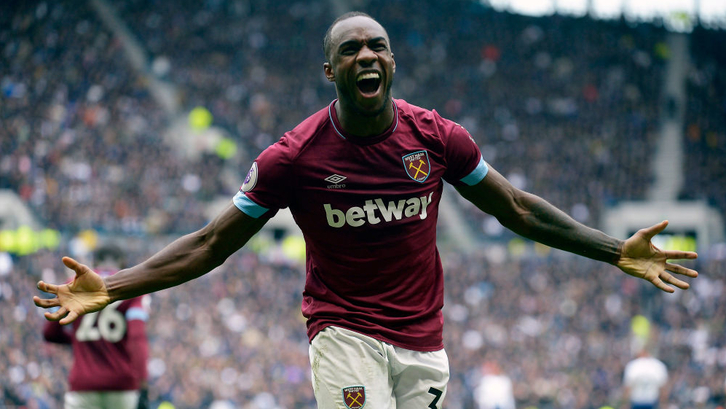 “I just like putting myself in history!” he laughed about his goal. “It just happens this way for me and I’m just buzzing to score memorable goals. Hopefully, there are more to come.

“Playing Tottenham is normally a special day anyway but to be the first team to come here and win, and be the first away player to score here, is just amazing.”

Antonio’s goal was something special, and his dance celebration also caught the eye.

The forward explained where he learned his latest moves from.

He added: There’s a guy I follow on Instagram called Dan Rue and he does crazy dance moves. I saw it on there and thought ‘you know what, I’m going to do that’!