We can compete against anyone - Fabianski 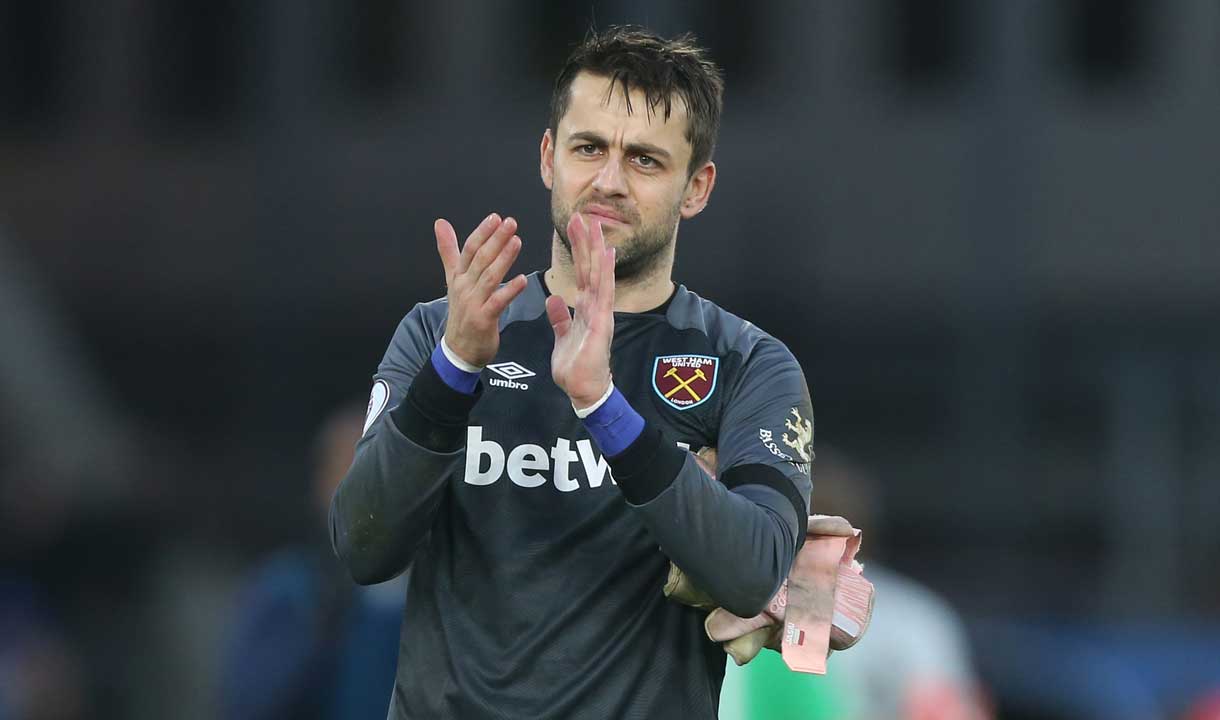 Lukasz Fabianski thinks that if West Ham perform like they did at Old Trafford they can compete with anyone in the division.

That’s the sort of confidence the Hammers are taking into Saturday’s penultimate home game of the season when Brendan Rodgers’ Leicester visit London Stadium.

The Foxes are still eyeing up a European place and sit four places above Manuel Pellegrini’s men, but the shot stopper feels like his side are in a healthy place going into the final run-in.

“I think the one lesson that we’ve learned from the United game is that if we perform like we did against them we can compete against anyone,” he said. “We can be the team that is dominating the possession, is dominating all the stats.

“Maybe we were a bit unlucky losing that game but I believe you could see that there was a quality, an intensity to the game, so I think that’s a lesson we’ve learned and hopefully we’ll be able to show it more and more in the last four games.

“If I look at it from this moment I think, compared to the previous season, there’s a bit of improvement.

“We’re going in more or less a good direction but with four games to go we know we’ve had little blips as well which isn’t ideal for us. Hopefully the last four games will help us to be a bit more positive about what we did this season.”

The keeper has been one of West Ham’s standout performers this term and has brought a level of assuredness between the sticks. Ever the perfectionist, Fabianski insists he’s not happy with only recording five clean sheets so far this season but fully backs his side to finish as high as possible.

“I think that’s what we’ve been telling ourselves after the first four games,” he added.

“We cannot start like that and expect to get somewhere [in the] top seven. But then again we managed to do it, we were able to go on a very good run together to get us close to the top ten finish. There’s still something to play for so I think we’ll continue to push."

Leicester have been in good form since Rodgers took over from Claude Puel in February and, despite last week’s blip at home to Newcastle, the Foxes recorded four straight wins on the bounce.

It’s taken them to within touching distance of the European places and it’s their adaptability within games that makes Fabianski think it will be a tough game at London Stadium on Saturday.

“I think their counter-attack is strong,” he said. “I think from what I’ve seen of them playing away from home this season they’ve picked up some really good results against big teams or they’ve always pushed big teams to the last minute.

“I think they know how to play in that kind of environment away from home on the big grounds or against the teams that are playing a bit more of a possession game.

“I think that’s what maybe suits them. Hopefully we’ll be able to prepare our game plan in the best way we can and able to beat them."