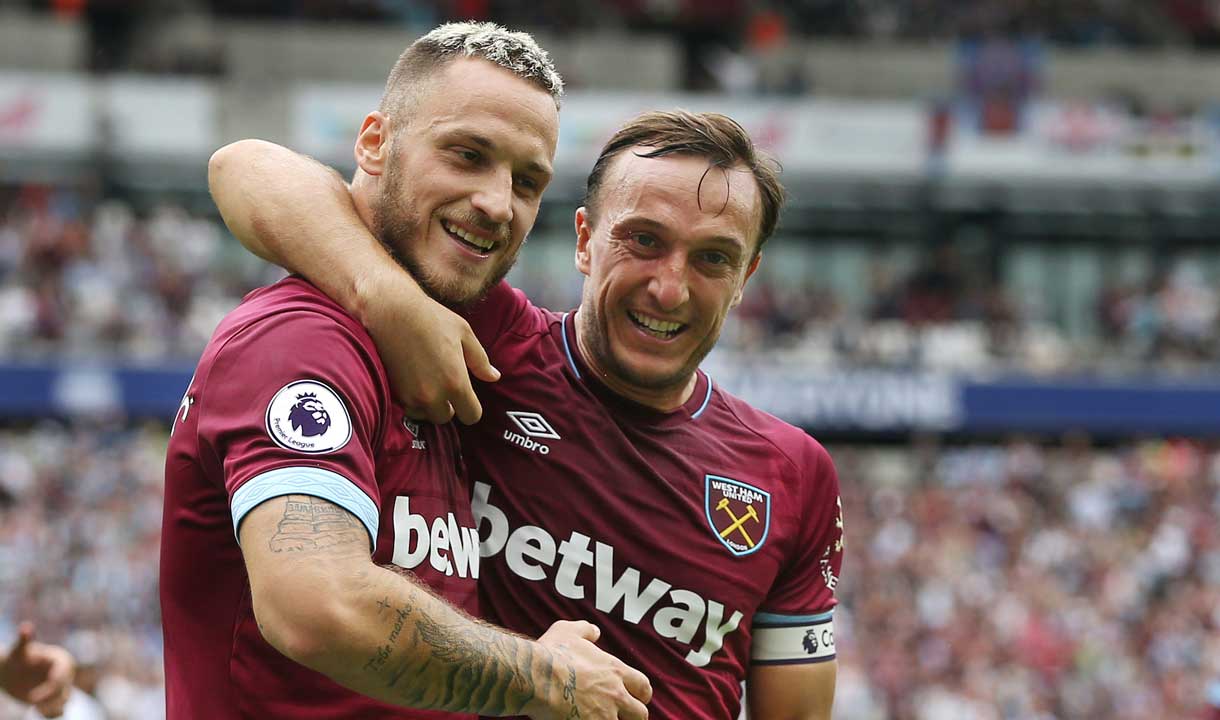 Manuel Pellegrini has made two changes to his West Ham United team for Saturday’s Premier League fixture at home to Leicester City.

Michail Antonio and Marko Arnautovic replace Manuel Lanzini and Chicharito who are absent through a groin injury and ear problem respectively.

The defence remains unchanged from the narrow defeat at Old Trafford, meaning Lukasz Fabianski sits behind a back four of Pablo Zabaleta, Fabien Balbuena, Angelo Ogbonna and Arthur Masuaku.

Declan Rice, who has been nominated for the 2018/19 PFA Young Player of the Year award, makes his 32nd appearance of the season and sits alongside captain Mark Noble in the middle of the park.

Robert Snodgrass, Antonio and Felipe Anderson will provide the service for Arnautovic with the frontman searching for his ninth goal of the season after recovering from illness.

Jack Wilshere makes his first Premier League matchday squad since setting up a goal as a late substitute in the 3-0 win over Newcastle on 12 December last year. He has recovered from an ankle injury and sits alongside Adrian, Ryan Fredericks, Issa Diop, Pedro Obiang, Grady Diangana and Lucas Perez on the substitutes’ bench.