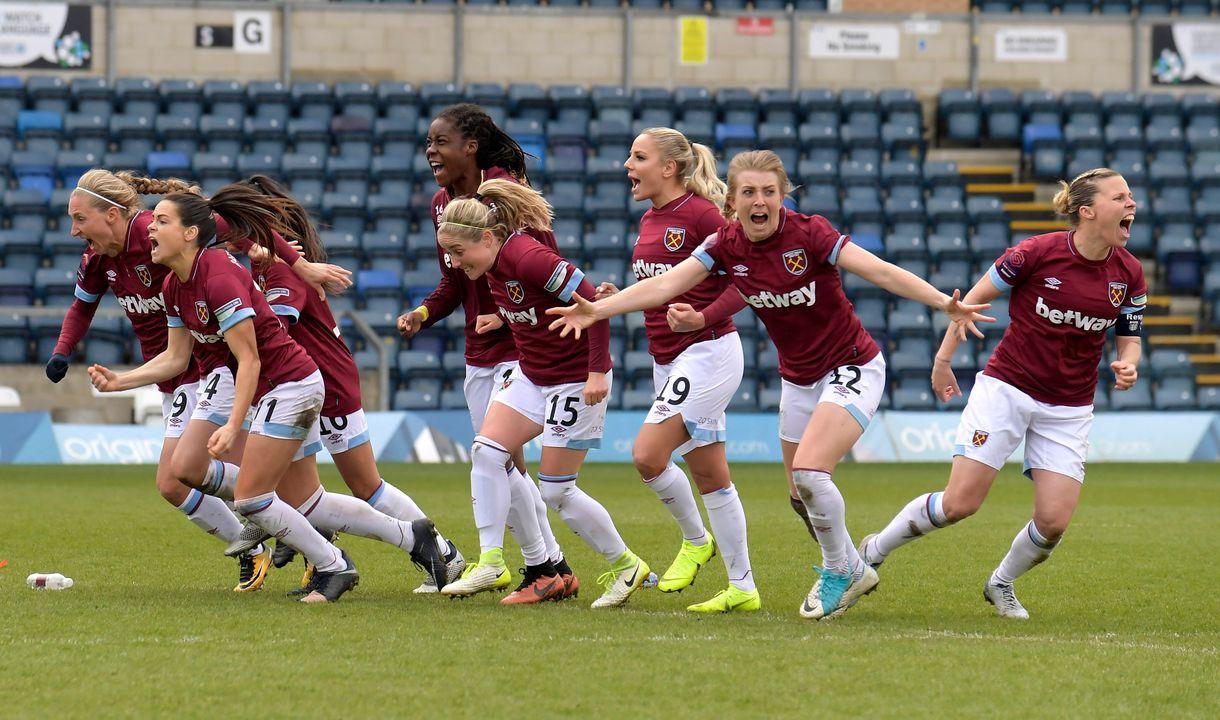 After securing a place in the SEE Women’s FA Cup Final with a momentous victory against Reading at the weekend, all focus now returns to the WSL, and Sunday’s fixture against Birmingham City Women.

The game sees the launch of West Ham Women’s Week – a dedicated week celebrating the growth of women’s football, ahead of the Cup Final on Saturday 4 May.

Rush Green Stadium plays host to an Easter Sunday Fun Day and the beginning of a week showcasing how West Ham United is driving forward the development and profile of the sport.

Through the Players’ Project, the women’s first team squad will be using their skills to give back to the community during the week, with the aim of pushing the development of the game at grassroots level and then driving forward a clear pathway to elite levels.

The team will be hosting coaching sessions for junior teams at the Academy, spending time with the Any Old Irons fan group, and Head Coach Matt Beard will be visiting a local school to run a WSL standard coaching session.

Jack Sullivan, Managing Director of West Ham United women’s team said; “West Ham Women’s Week is a fantastic opportunity to thank our local community who have supported us so far this season. The team will be heading back out into the community through the Players’ Project to give something back, as we know how important driving grassroots participation is in helping to secure the future of women’s football.

“We hope that by putting on an Easter Sunday Fun Day, our fans enjoy the entertainment, face painting, bouncy castles, and of course the game as well.

“With the FA Cup Final two weeks away, it’d be great if we can get as many of our fans as possible behind the team.”

This season is West Ham United’s first as a fully professional women’s team in the Women’s Super League, where they have reached the final of the SSE Women’s FA Cup, quarter-finals of the Continental Tyres Cup and increased the average attendance at Rush Green by over 110%.

On Easter Sunday, a bumper crowd is expected at Rush Green as the Hammers look to go four games unbeaten in all competitions, as preparations on the field continue for the FA Cup Final.

Keep an eye out on all the activities through social media; @westhamwomen on Twitter and Instagram and West Ham United women’s team on Facebook, starting on Easter Sunday, 21st April