Work continues on the claret pitch surround, which is set to be unveiled on Saturday

Work continues on the claret pitch surround, which is set to be unveiled on Saturday

London Stadium will be turned into a sea of Claret and Blue for Saturday's Premier League visit of Leicester City.

With the brand-new claret pitch surround set to be unveiled, the Club’s home will be transformed into a sea of traditional West Ham colours, with a crowd-surfing banner, a pyro display for the team’s tunnel walk and of course close to 60,000 fans decked out in the famous Claret and Blue!

The Club-branded pitch surround will be the centrepiece, replacing the green track cover that has been in place since the stadium opened in the summer of 2016.

And there are a host of different ways you can get involved in the build-up to Claret and Blue Day, throughout the week and on matchday! 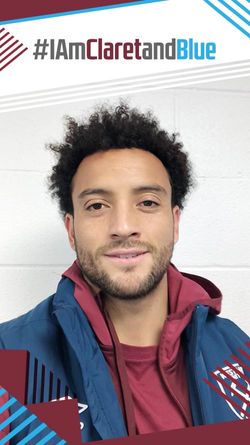 Post your photos on Twitter tagging @WestHamUtd and using the hashtag #IAmClaretandBlue and make sure to keep your eyes on the screens on matchday to see if you made it.

To help you out, we will be releasing new selfie filters on our Official Mobile App. Simply download the app at the Apple Store or Google Play, head to the fan zone tab and scroll through the filters to find the perfect choice.

The app includes a range of innovative features such as a fan zone, with the selfie filters and the Hammer Jeopardy Quiz, as well as essentials such as fixtures, results and player profiles - making it the ultimate destination for West Ham United’s global fan base.

With instant breaking news updates, live audio commentary and push notifications as well as an online store and ticketing, fans can follow the team whilst on the go, at anytime, anywhere in the world.

Then, on matchday, the Official Programme will feature two covers – one claret and one blue, giving supporters a unique souvenir of the day.

The two teams will emerge onto the London Stadium pitch just before kick-off to an amazing sight of the Club's colours, with Claret and Blue pyro adding to a crowdsurfing banner in the East Stand, and the new claret pitch surround.

There are also huge savings to be made in the Stadium Store and online with up to 70% off official merchandise for one day only. Starting midnight Friday until midnight Saturday.

Be there for an unmissable day for any Hammers fan - seats are available to purchase for this sold out fixture on the Ticket Exchange as Season Ticket Holders who cannot attend relist. Click here to buy now.

What to expect on matchday this Saturday
Last Match
Tuesday 19 January 18:00
London Stadium